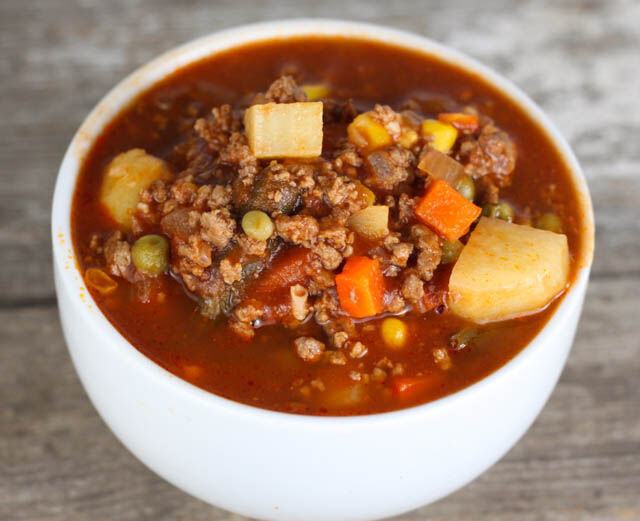 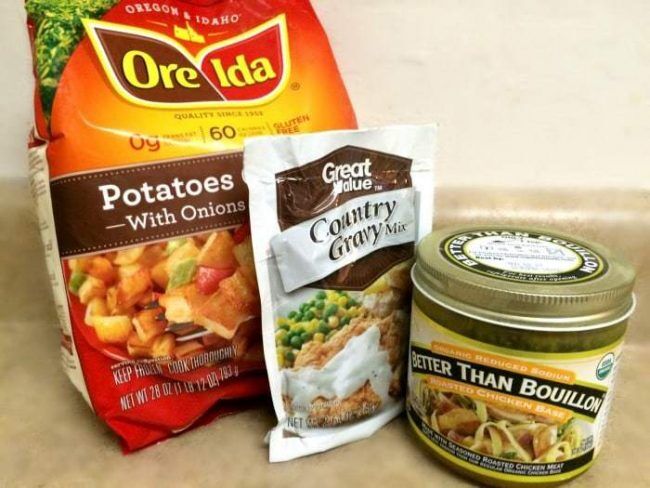 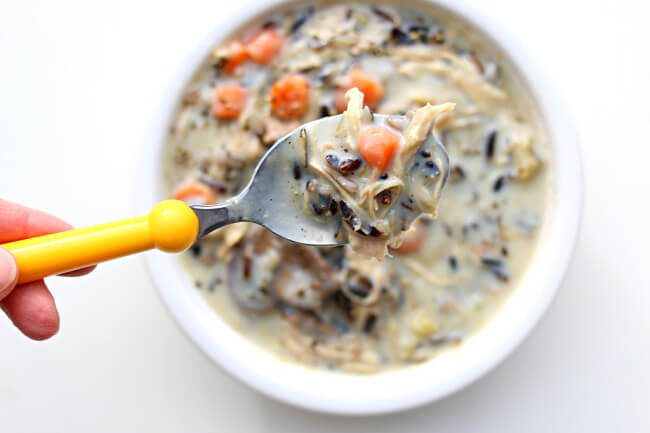 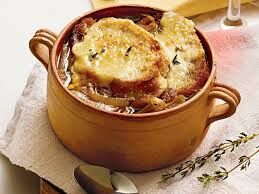 2 cups peeled and chopped potatoes (I always use Yukon Gold)

Salt and pepper, to taste

In a soup pot over medium-high heat, brown the ground beef, onion, garlic, and salt until no longer pink. Break up meat in crumbles as it cooks. Drain and return to the soup pot.

Once boiling, cover with a lid and reduce heat to medium-low. Let simmer for at least 30 minutes for the soup to thicken.

Mix all the ingredients together in a large pot. Bring to a boil while occasionally stirring.

Once it's boiling, reduce heat and let soup simmer until it begins to thicken. The soup will continue to thicken as it cools.

Add in bacon bits and shredded cheese for an extra pop of taste or toppings.

Add all ingredients (except kale and stovetop items) to the Instant Pot and stir to combine. Close lid with vent in sealing position. Cook for 30 minutes in soup mode, then allow a natural pressure release.

Open the lid and remove and discard the bay leaves. Add the kale leaves and give it a stir.

When the pressure cooking is done, melt the butter in a pan on the stovetop. Add the flour and saute for a minute until the raw smell is gone (about one to two minutes).

Whisk in the milk, a little at a time, until you have a smooth, thick consistency. Then add to the Instant Pot and stir well. Serve and enjoy.

Place a large skillet over medium-low heat and melt butter. Saute onion for about eight minutes until transparent in color.

In a medium saucepan, combine beef broth, sautéed onion, pepper and thyme and bring to a boil. Reduce heat, cover and simmer for 30 minutes.

Under the oven broiler, toast French bread on both sides until crispy.

Pour French onion soup into four individual soup bowls and float desired amount of sliced toasted French bread in each. Sprinkle cheeses on top of each. Broil in the oven until the cheese bubbles.

What does your purse contents say about you?

Not registered to vote yet? Here's how you can.