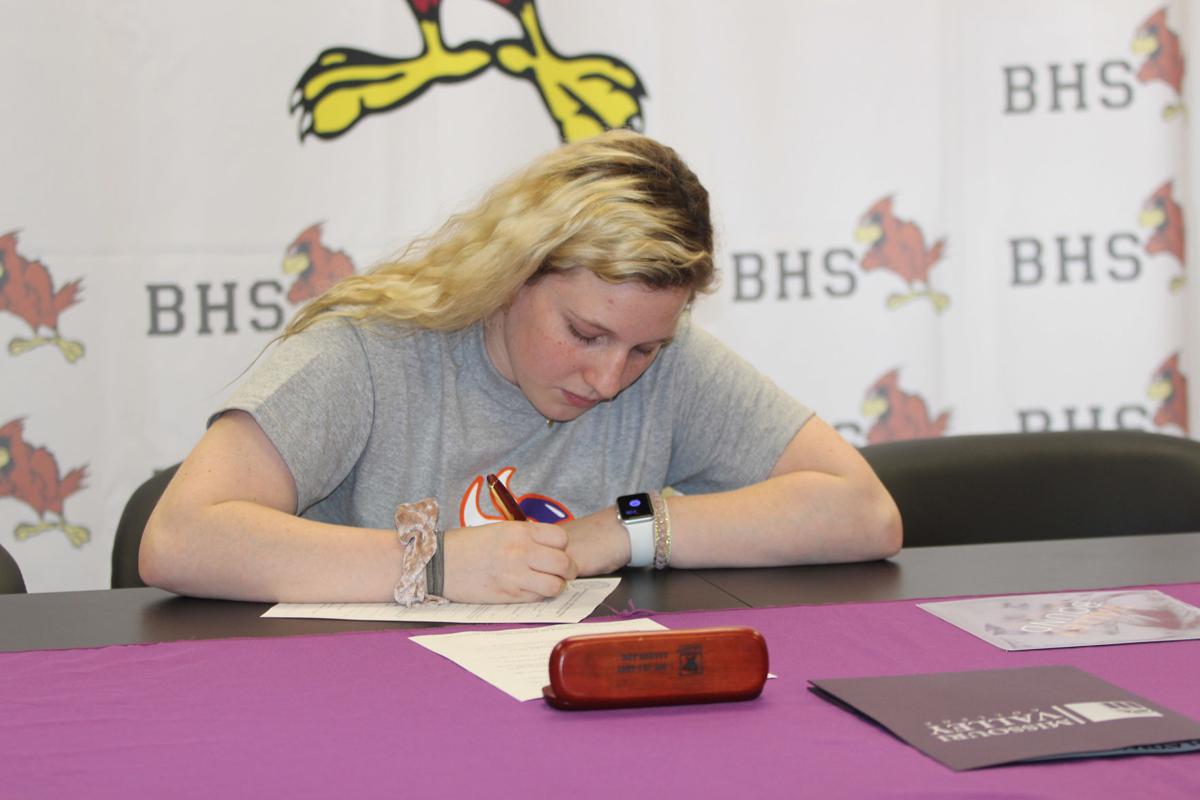 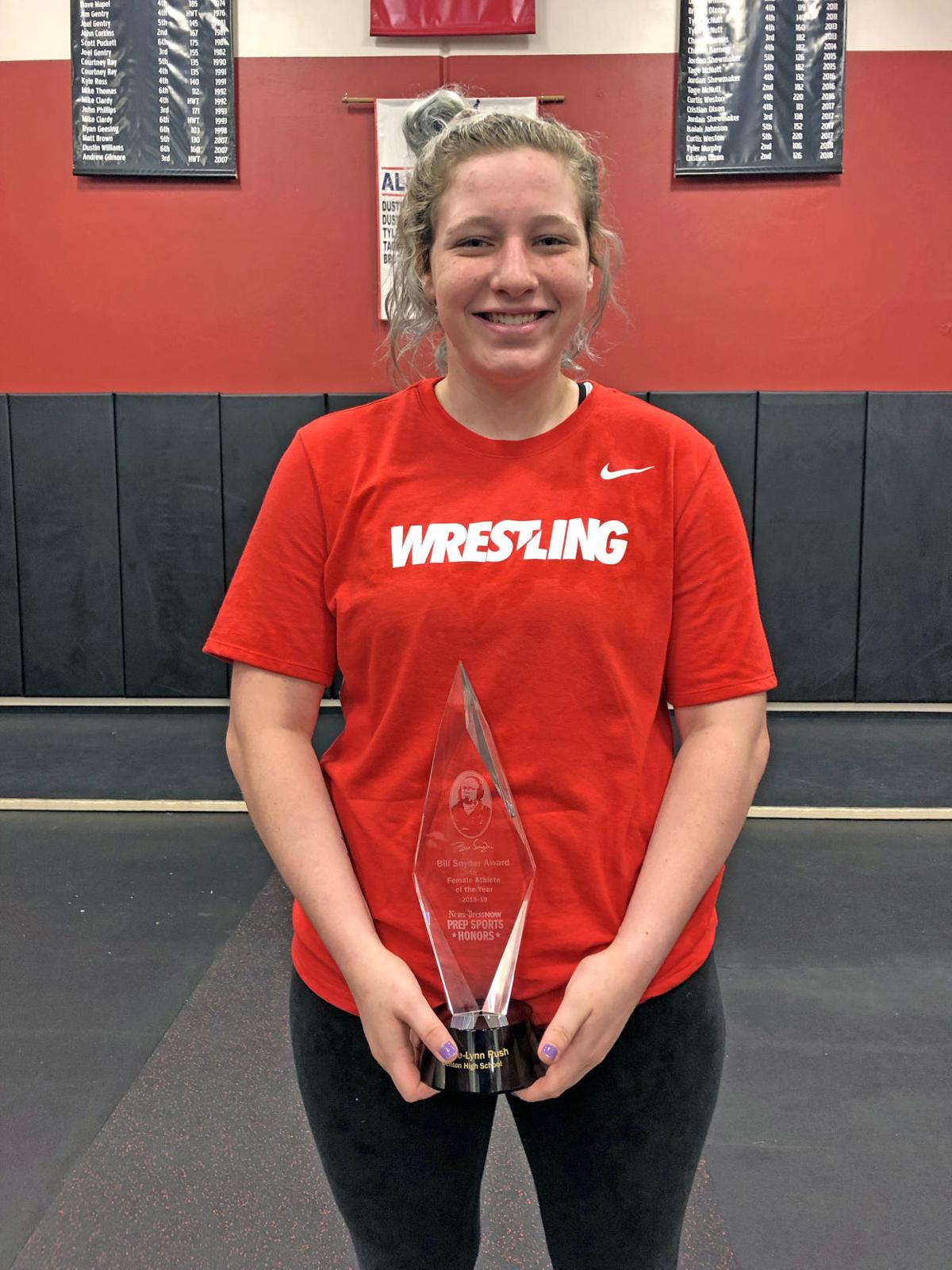 Benton wrestler Brooke-Lynn Rush is the Bill Snyder Award winner for Female Athlete of the Year. 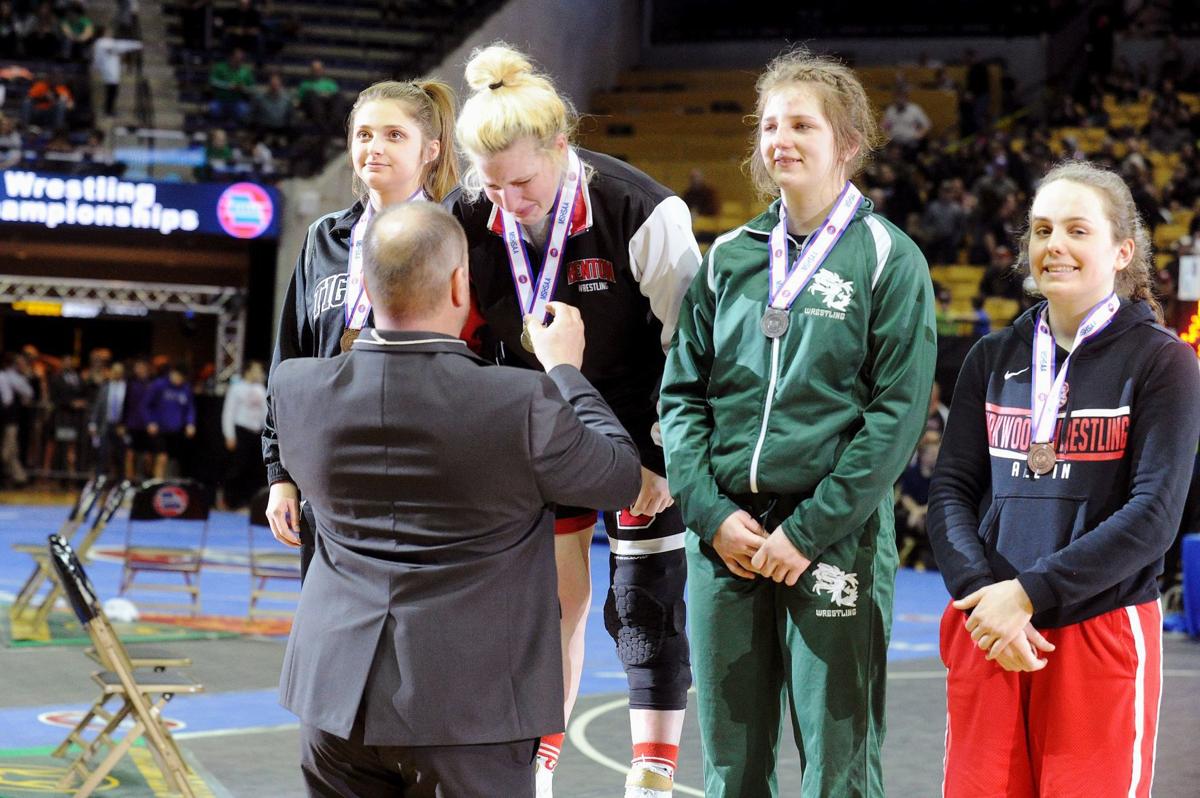 Benton senior Brooke-Lynn Rush is awarded the first-place medal after winning the championship match at the MSHSAA State Wrestling Championships at Mizzou Arena in Columbia, Missouri. 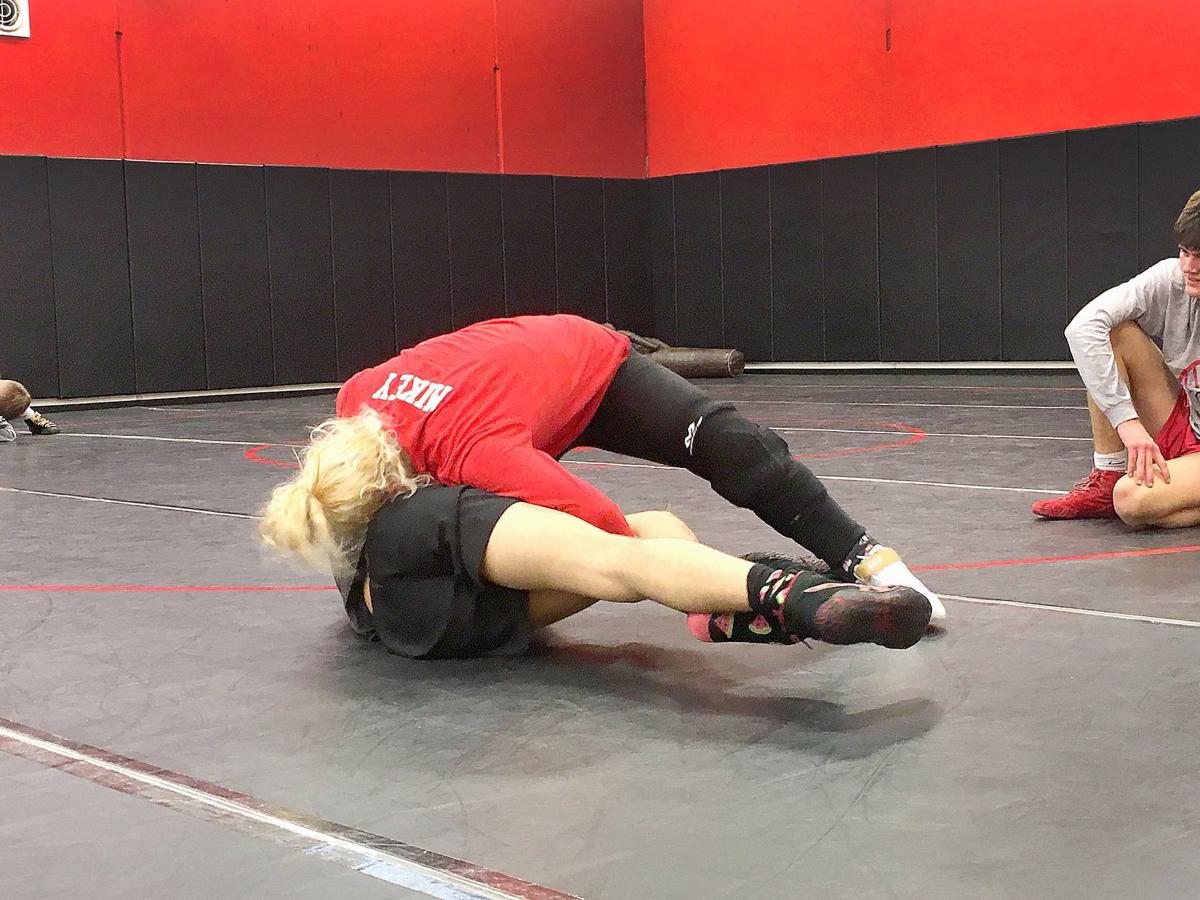 Benton wrestler Brooke-Lynn Rush is the Bill Snyder Award winner for Female Athlete of the Year.

Benton senior Brooke-Lynn Rush is awarded the first-place medal after winning the championship match at the MSHSAA State Wrestling Championships at Mizzou Arena in Columbia, Missouri.

Brooke-Lynn Rush made an impact in women’s wrestling during her time at Benton High School. She looks to continue doing so, but now at the college level.

The 2019 state wrestling champion began college at Missouri Valley this fall after signing her letter of intent in May.

The 18-year-old finished her senior season ranked No. 8 in the nation in the girl's wrestling division. That same season marked the inaugural year of girl's wrestling at the MSHSAA State Wrestling Championships. Rush made history when she placed first in her weight class.

“Brooke-Lynn’s obviously been a very special person in our wrestling program for a lot of years,” Benton Coach Brad Hubbard said.

With women's wrestling season beginning in late fall, Rush prepares for her first college match on the No. 11-ranked Vikings squad. Her coach, Carl Murphree, noticed Rush’s potential to wrestle at the college level when he met her several years ago.

“She has what it takes to do well in college,” Murphree says. “She’s got a little something special about her. She figures out ways to win.”

After moving away from home, beginning a new school and joining a new team, there has been a lot of change in Rush’s life. However, she is adapting just fine.

“I’m happy with how she’s fitting in with the team. The girls respect her because she always comes ready to work hard,” Murphree said.

Rush isn’t the only female wrestler from St. Joseph who has recently joined the Vikings. Her roommate, Shar Whitten, became Lafayette High School’s first female wrestler to compete at the MSHSAA State Championships. Now, the 2019 graduate has become the school’s first female alumna to wrestle in college as she joins Rush on Missouri Valley’s team.

The senior finished her final high school season with a MEC wrestling championship title and an overall record of 17-11.

“I would definitely go back to St. Joseph for more wrestlers because these two have been really great to have on the team and I really like the way they work, their attitudes, and they’re good students,” Murphree says.

Murphree has seen a significant growth in female wrestling throughout his 20 years coaching it. There was a 500 percent increase in the number of high school girls participating within the last two decades. Rush and Whitten are a part of that increase and encourage other women to join them.

Rush hopes her accomplishments in the sport will motivate younger girls.

“Girl's wrestling has been a long time coming. I hope this inspires other girls and shows them that they can do this too," Rush says.