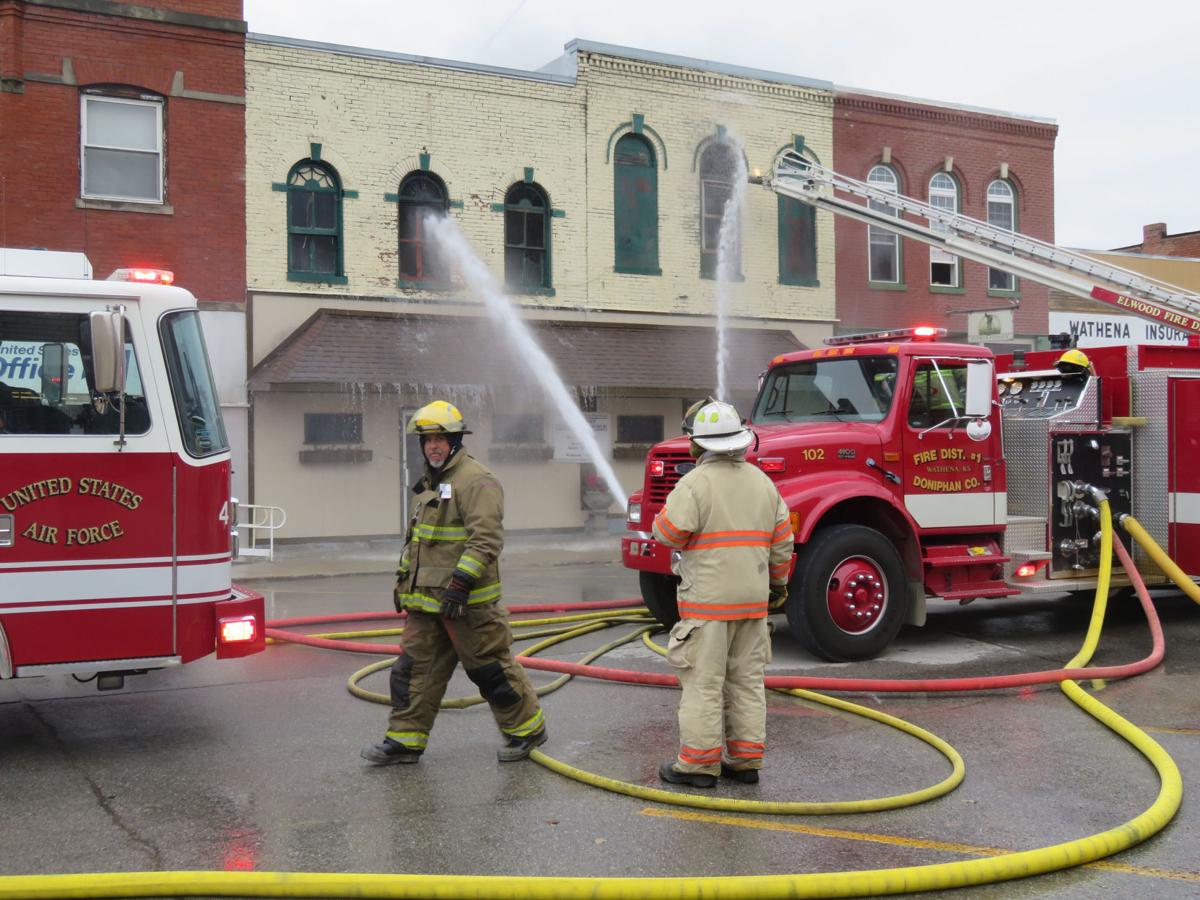 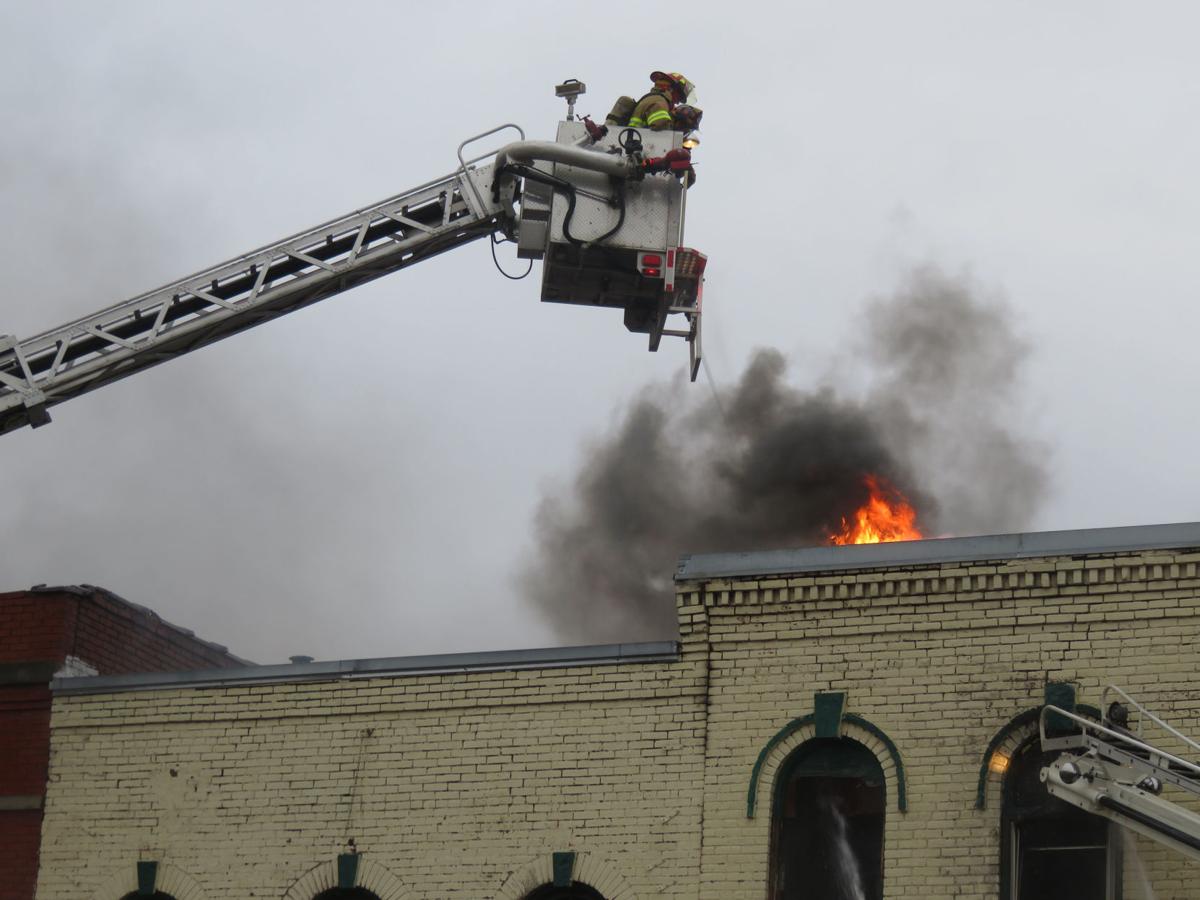 Aerial units were key in helping get a raging fire under control Sunday afternoon at a downtown Wathena, Kansas, building.

Aerial units were key in helping get a raging fire under control Sunday afternoon at a downtown Wathena, Kansas, building.

WATHENA, Kan. — A raging fire completely eviscerated the interior of one of Doniphan County’s most historic two-story structures Sunday afternoon.

“We got here pretty quick,” Hontz told News-Press NOW as firefighters continued to battle the blaze. No injuries were reported, although Doniphan County ambulance crews were on standby at the scene. Police blocked off the majority of downtown to traffic as personnel fought the fire with onlookers gazing upward along the sidewalks.

He immediately knew the city’s small force would need assistance, so he asked for mutual aid from fire departments in St. Joseph, Elwood, Troy and the Missouri Air National Guard at Rosecrans Memorial Airport.

“We’re going to need a lot of help,” said Hontz in recalling his message for dispatch to relay.

He called the address as representing one of the city’s oldest buildings downtown, dating most likely to the late 19th century.

It was unclear early on whether the Kansas Fire Marshal’s office will be summoned for an investigation, according to Hontz, until the extent and estimate of damage to the contents is first determined.

The lower address of 308 St. Joseph St. is home to the Risen Light Full Gospel Church. The space upstairs from the church had been converted into apartments.

Firefighters seemed to be gaining the upper hand on controlling the blaze between 3:30 and 4 p.m. The St. Joseph Fire Department was called at 1:05 p.m. and had four of its units in Wathena for most of the incident, Battalion Chief Paris Jenkins said.

Elwood firefighters soon joined their Wathena brethren in the attack. Fire Chief Al Wood said it was “kind of tough trying to contain it,” although crews kept the flames at bay from the neighboring addresses. The Flower Peddler and the U.S. Post Office, both connected to the overall structure, received only some smoke damage, Hontz said.

The elements played a critical role in aiding the firefighters.

“(The wind) was blowing west to east, and it just kind of helped us contain it,” said Wood.

An Elwood pumper truck first moved around to the rear of the building to help defeat the fire, he added.