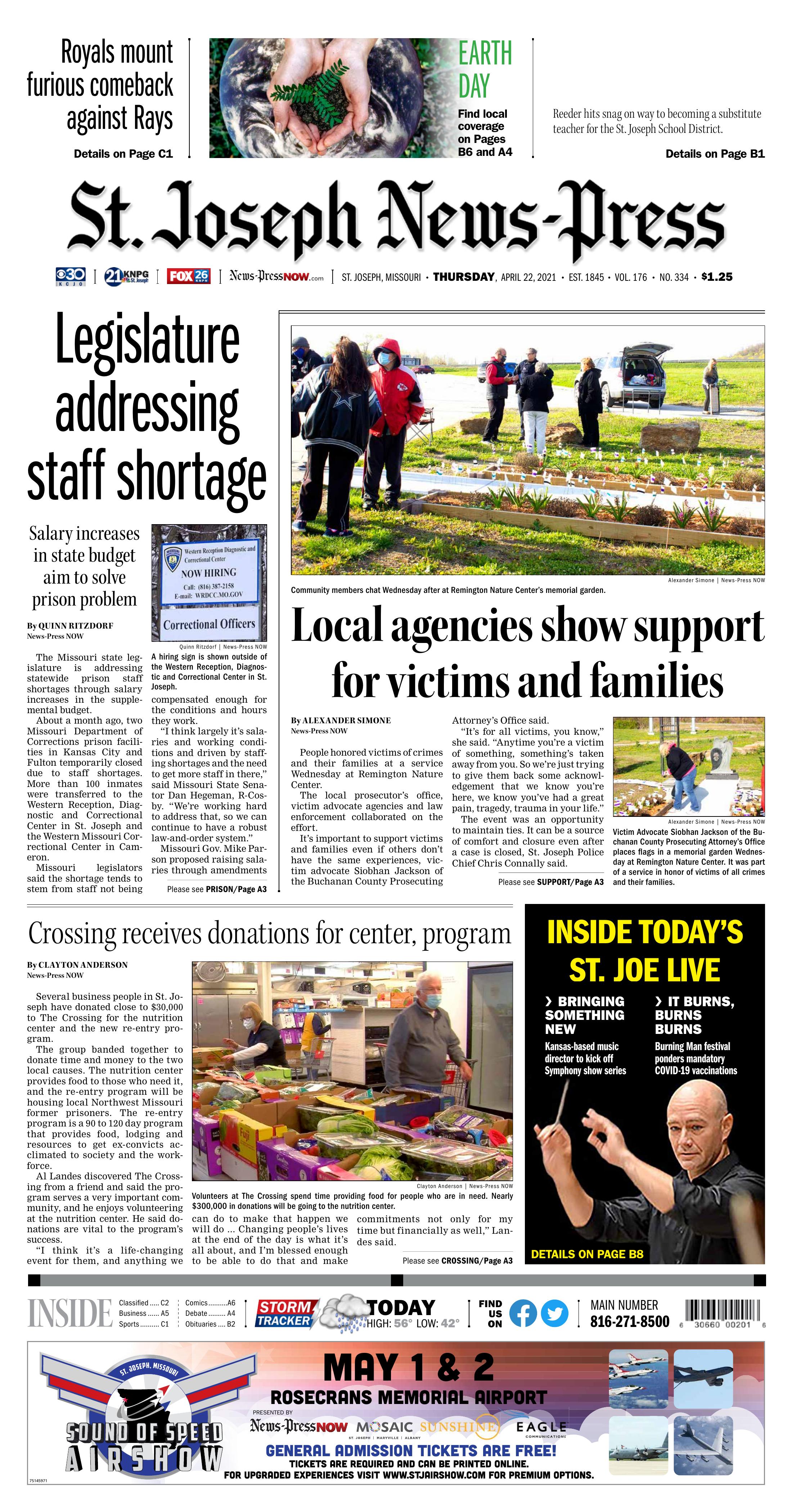 A hiring sign is shown outside of the Western Reception, Diagnostic and Correctional Center in St. Joseph.

Missouri legislators said the shortage tends to stem from staff not being compensated enough for the conditions and hours they work.

“I think largely it’s salaries and working conditions and driven by staffing shortages and the need to get more staff in there,” said Missouri State Senator Dan Hegeman, R-Cosby. “We’re working hard to address that, so we can continue to have a robust law-and-order system.”

House Bill 15 is a $1.5 billion supplemental budget appropriating funds for a number of items, including $235,559 to the Missouri Department of Corrections.

Hegeman said other efforts to help with the shortage, such as decreasing the prison population, will provide a safer environment for staff.

“This kind of goes along the line of the ... efforts to try to look at ways of diversion and working with people to keep them out of the prisons and work with them to make them productive citizens of the society,” Hegeman said.

More public hearings are scheduled, and a balanced budget must pass before the legislative session ends May 28.

“We’re really working hard to try to address the shortage, get more individuals interested in a prison career and move forward so that we can continue to incarcerate the folks who have been adjudicated into the prisons,” Hegeman said.

Victim Advocate Siobhan Jackson of the Buchanan County Prosecuting Attorney’s Office places flags in a memorial garden Wednesday at Remington Nature Center. It was part of a service in honor of victims of all crimes and their families.

People honored victims of crimes and their families at a service Wednesday at Remington Nature Center.

It’s important to support victims and families even if others don’t have the same experiences, victim advocate Siobhan Jackson of the Buchanan County Prosecuting

“It’s for all victims, you know,” she said. “Anytime you’re a victim of something, something’s taken away from you. So we’re just trying to give them back some acknowledgement that we know you’re here, we know you’ve had a great pain, tragedy, trauma in your life.”

The event was an opportunity to maintain ties. It can be a source of comfort and closure even after a case is closed, St. Joseph Police Chief Chris Connally said.

“Particularly with family members from things like homicides and stuff, you know, our personnel do develop a relationship with them,” he said. “And so some of our folks are here. Even one of our retired detectives is here and he’s here every year, and talks to folks that sometimes he only sees them once or twice a year now.”

The memorial highlighted the work between victim advocates, the prosecutor’s office and law enforcement, Connally said.

“This relationship is so important because we are not successful without their support,” he said. “We can make arrests and things like that but if we don’t bring some closure to our victims we really haven’t accomplished everything we need to accomplish.”

The service was part of National Crime Victims’ Rights Week. Those who attended previous memorials typically released balloons, but this time they painted decorative rocks and planted flags in the nature center’s memorial garden.

“This memorial’s always going to be a pretty big highlight, you know, and so we just kind of changed what we did,” Jackson said. “Instead of balloons we did the rocks, so that shifted. Of course, this is the first time we’ve had it at the new site, so that was pretty important.”

Multiple planned events were canceled this week, which made Wednesday even more important, she said.

Jackson hopes for better weather next year to make it easier to come out, she said.

Former prisoners will be able to live at The Crossing re-entry program in bunk beds.

Volunteers at The Crossing spend time providing food for people who are in need. Nearly $300,000 in donations will be going to the nutrition center.

Several business people in St. Joseph have donated close to $30,000 to The Crossing for the nutrition center and the new re-entry program.

The group banded together to donate time and money to the two local causes. The nutrition center provides food to those who need it, and the re-entry program will be housing local Northwest Missouri former prisoners. The re-entry program is a 90 to 120 day program that provides food, lodging and resources to get ex-convicts acclimated to society and the workforce.

Al Landes discovered The Crossing from a friend and said the program serves a very important community, and he enjoys volunteering at the nutrition center. He said donations are vital to the program’s success.

“I think it’s a life-changing event for them, and anything we can do to make that happen we will do ... Changing people’s lives at the end of the day is what it’s all about, and I’m blessed enough to be able to do that and make commitments not only for my time but financially as well,” Landes said.

The donations provided the re-entry program with bunk beds, furniture, appliances, showers and other necessary items to prepare for the ex-convicts who will be moving in and living there in a couple of weeks.

Another volunteer and donor, Winston Bennett, echoed Landes’ sentiments on why The Crossing provided an important opportunity for volunteers and people receiving the services.

“(Donors and volunteers) are all private individuals without any government sponsorship, and it shows what a committed group of individuals and companies and organizations can do in a community,” Bennett said.

Donations Made To The Crossing