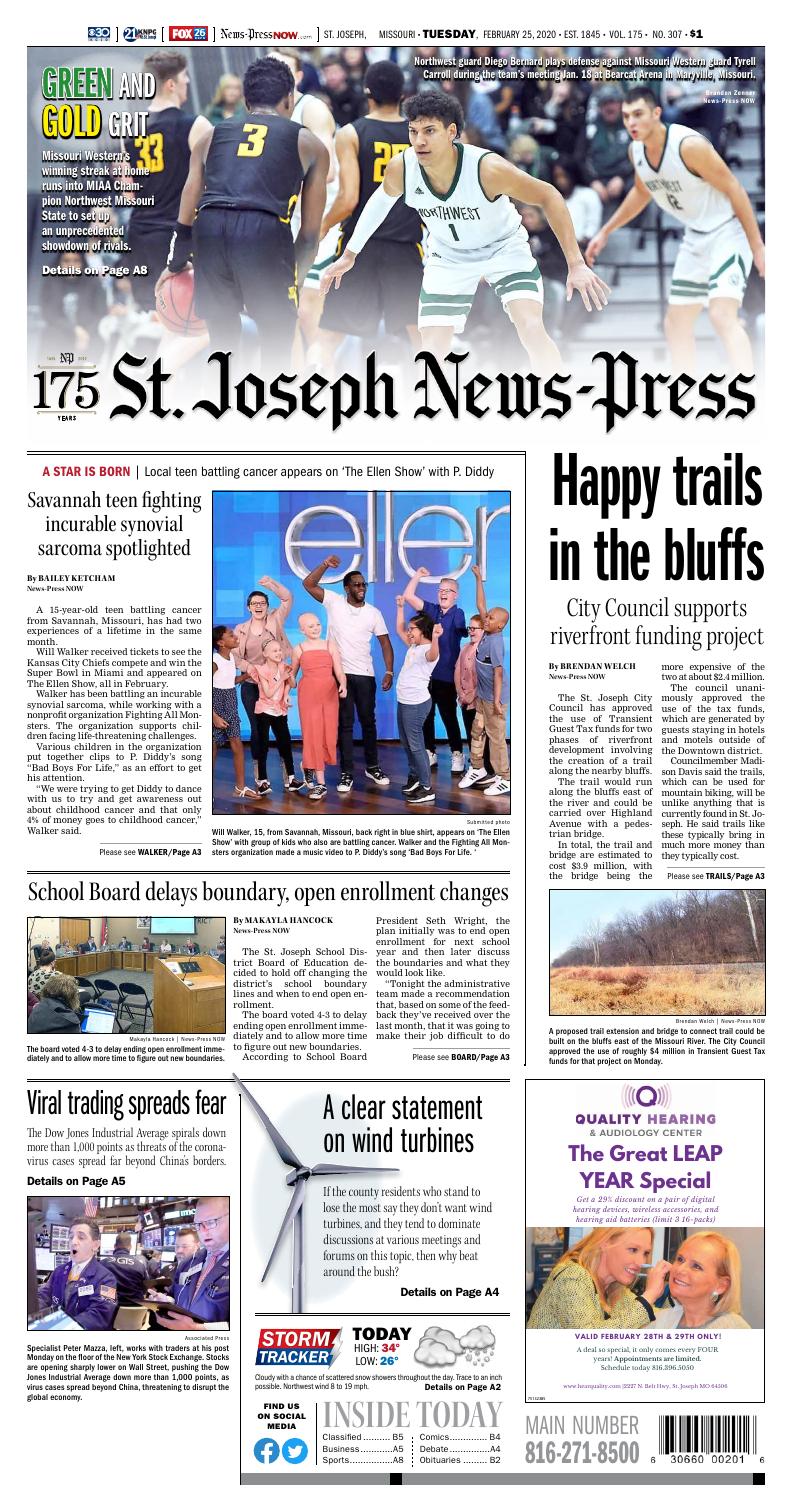 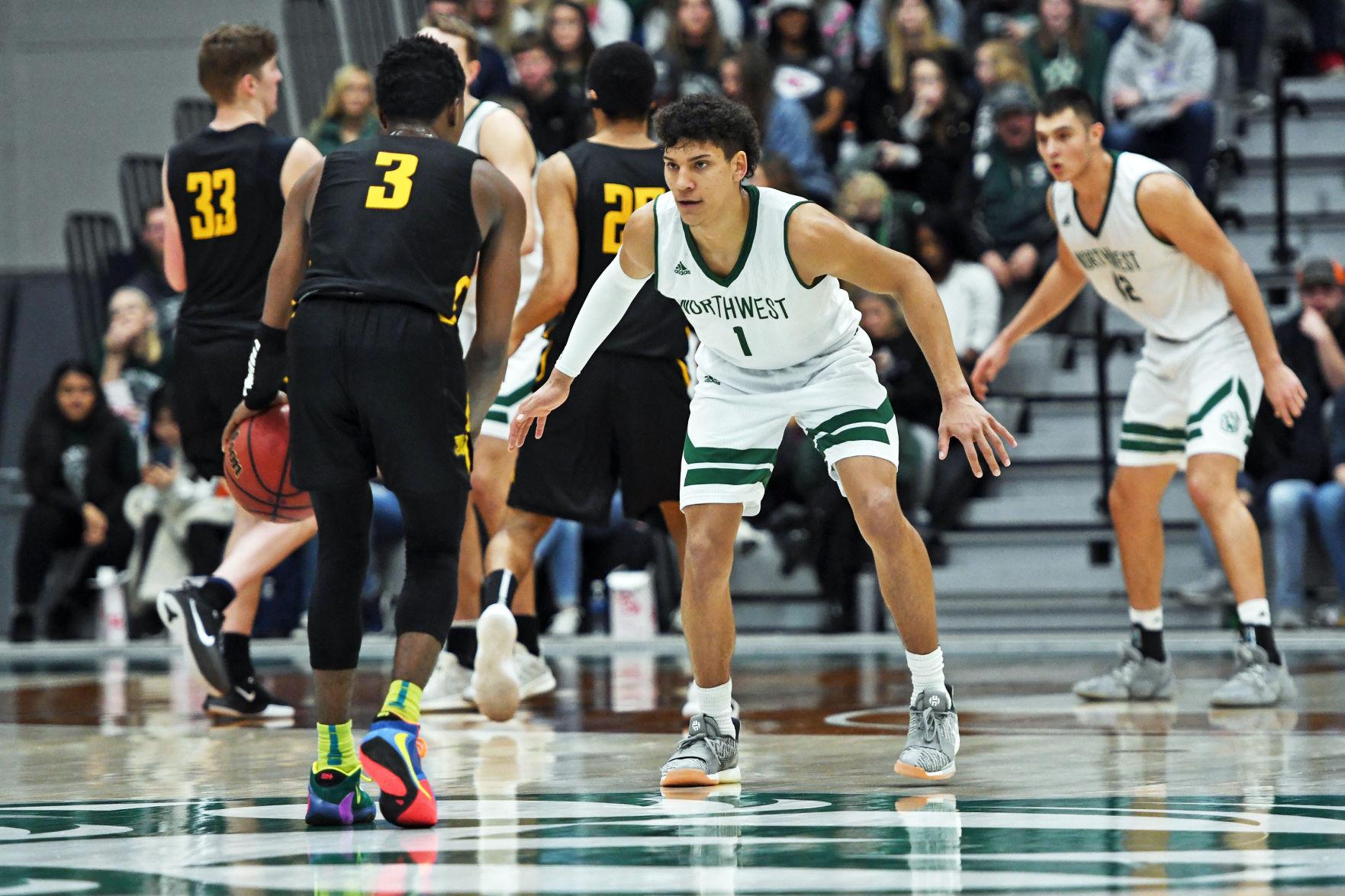 The board voted 4-3 to delay ending open enrollment immediately and to allow more time to figure out new boundaries.

The St. Joseph School District Board of Education decided to hold off changing the district’s school boundary lines and when to end open enrollment.

The board voted 4-3 to delay ending open enrollment immediately and to allow more time to figure out new boundaries.

According to School Board President Seth Wright, the plan initially was to end open enrollment for next school year and then later discuss the boundaries and what they would look like.

“Tonight the administrative team made a recommendation that, based on some of the feedback they’ve received over the last month, that it was going to make their job difficult to do and to enforce the boundaries that we have now. So, we needed to take a step back, take a deep breath and kind of re-evaluate where we are,” Wright said.

Wright said this time will help staff and their families have time to comprehensively take a look and discuss all the options and put it into action.

Though more time can be helpful, it also can cause concerns when a decision keeps getting delayed.

“There were some concerns that backtracking might not be the best thing to do as far as precedent,” Wright said. “You want to make decisions based upon the best facts and data that you have at the time, the new facts presented themselves and the admin team made that recommendation.”

The board also is aware of the tension this has caused in the community.

“I think we have three parts of town that are very proud of themselves, and so I think different people want different things out of their schools,” Wright said. “There’s nothing wrong with that and they’ve been allowed the freedom to choose, which is not necessarily a bad thing, but it also creates a lot of other headaches and nightmares when you’re trying to run a school district.”

Will Walker, 15, from Savannah, Missouri, back right in blue shirt, appears on ‘The Ellen Show’ with group of kids who also are battling cancer. Walker and the Fighting All Monsters organization made a music video to P. Diddy’s song ‘Bad Boys For Life. ‘

Will Walker meets P. Diddy on the set of ‘The Ellen Show.’ Fighting All Monsters, a nonprofit organization helping kids who have cancer, made a viral video to Diddy’s song ‘Bad Boys For Life.’

A 15-year-old teen battling cancer from Savannah, Missouri, has had two experiences of a lifetime in the same month.

Will Walker received tickets to see the Kansas City Chiefs compete and win the Super Bowl in Miami and appeared on The Ellen Show, all in February.

Walker has been battling an incurable synovial sarcoma, while working with a nonprofit organization Fighting All Monsters. The organization supports children facing life-threatening challenges.

Various children in the organization put together clips to P. Diddy’s song “Bad Boys For Life,” as an effort to get his attention.

“She called all the families in the video to see who was the most outgoing to come on the show,” Walker said.

Eight members from the organization were flown out to Los Angeles and appeared on the talk show. While on the show Walker shared the reason why the group picked Diddy’s song.

“The lyrics connect with us because in the song it says, ‘We survive what we’ve been through,’ and we’re all battling cancer and we ain’t going anywhere,” Walker said.

The statement ‘We ain’t going anywhere’ has become a motto for Walker and other kids in the organization to encourage them to continue to push through their battles.

During the show, Ellen surprised the group with an appearance from Diddy.

“I didn’t think he was going to come out because they showed us a clip of him stuck in Miami,” Walker said. “Dancing with P. Diddy — didn’t think I’d ever do that.”

While in Los Anglese, Walker also rode in a helicopter over the city, went to Universal Studios and met various celebrities, including David Dobrik, Jason Nash and Zane Hijazi.

Walker’s very thankful for the experiences and support he’s received in the last month and loved being with others dealing with the same struggles.

“It was awesome because I feel like it’s easier to connect with people that are going through the same thing you are,” Walker said.

Ellen also surprised the group with a $25,000 check from Shutterfly to support the nonprofit.

“It means a lot because the more money we raise we can give out to other cancer families, which I love doing,” Walker said.

Walker wants to continue to help other kids like him and is getting ready to go to Nashville, Tennessee, in a couple weeks to be an ambassador for Sunshine Kids, a camp for cancer kids.

“It’s amazing to be a role model and show other kids that if I can do it, you can do it,” Walker said. 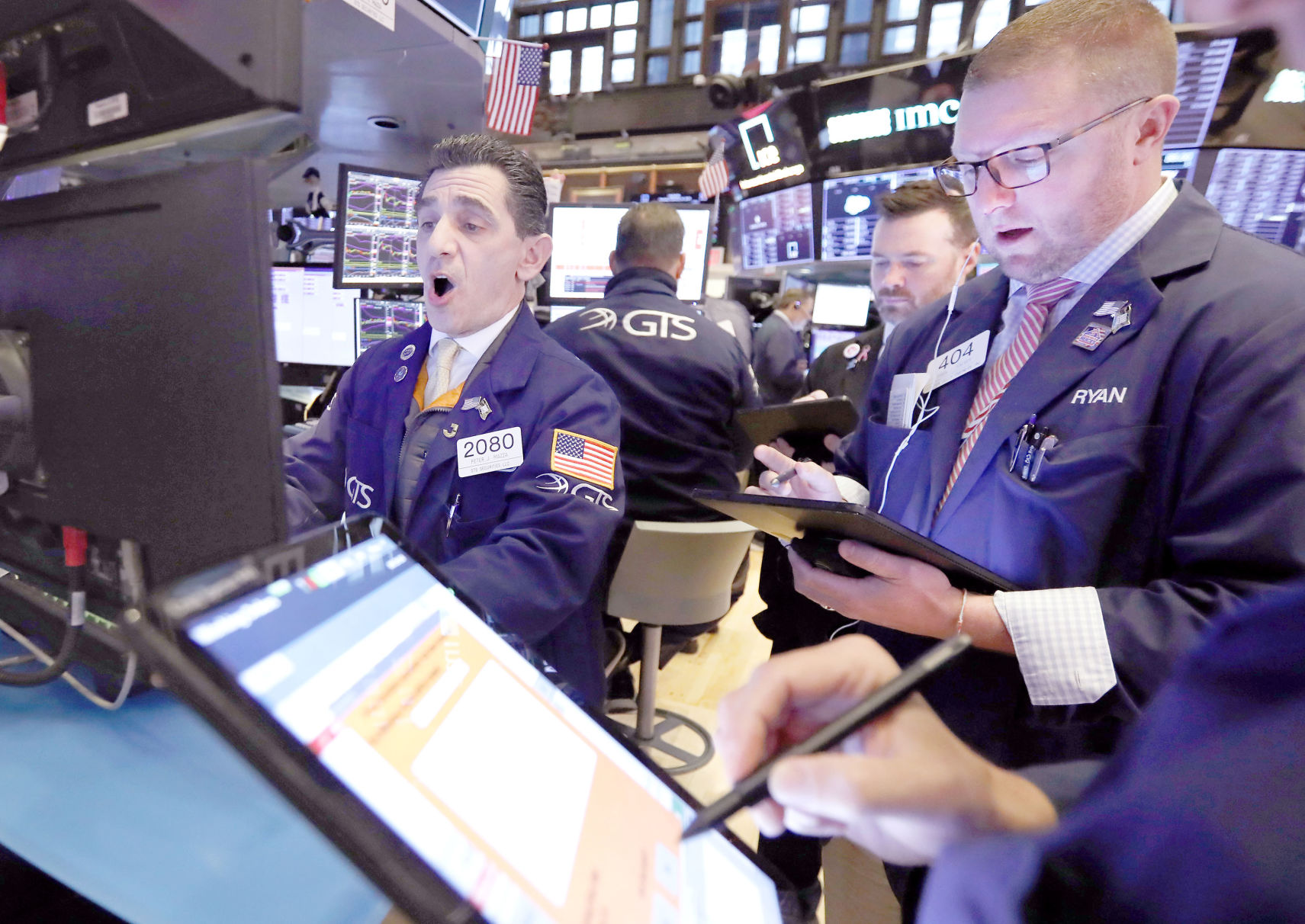 Specialist Peter Mazza, left, works with traders at his post Monday on the floor of the New York Stock Exchange. Stocks are opening sharply lower on Wall Street, pushing the Dow Jones Industrial Average down more than 1,000 points, as virus cases spread beyond China, threatening to disrupt the global economy.

A proposed trail extension and bridge to connect trails could be built on the bluffs east of the Missouri River. The City Council approved the use of roughly $4 million in Transient Guest Tax funds for that project on Monday.

The St. Joseph City Council has approved the use of Transient Guest Tax funds for two phases of riverfront development involving the creation of a trail along the nearby bluffs.

The trail would run along the bluffs east of the river and could be carried over Highland Avenue with a pedestrian bridge.

In total, the trail and bridge are estimated to cost $3.9 million, with the bridge being the more expensive of the two at about $2.4 million.

The council unanimously approved the use of the tax funds, which are generated by guests staying in hotels and motels outside of the Downtown district.

Councilmember Madison Davis said the trails, which can be used for mountain biking, will be unlike anything that is currently found in St. Joseph. He said trails like these typically bring in much more money than they typically cost.

“There are communities across the country who have found just by spending a small amount of money they can capture a very significant tourist impact,” Davis said.

He said the community of Bentonville, Arkansas, invested $70 million into a similar trail system and has realized an economic impact of $138 million due to people driving from miles around to come bike those trails.

Dennis Adams, a local business owner with access to property near where the trails are proposed to be built, raised concerns over safety.

He said abandoned mines and caves in the area make the ground dangerous and there are even areas where light can be seen coming from the surface in the underground areas.

Director of Planning and Community Development Clint Thompson said the vote Monday night just allows the use of the funds, and design work will discover whether or not the area is usable.

The trail is part of a Riverfront Master Plan that the City Council, city staff and Tourism Commission have been exploring. A third project that would involve a complete rehabilitation of Riverfront Park is not currently being discussed due to the unknown future of the Interstate 229 bridge that goes over part of the park.

The Transient Guest Tax fund currently only has around $4 million saved up, but is predicted to get as high as $12 million over the tax’s life. Thompson said future projects could still be approved by the council and could use bonds to complete the work. Those bonds would be repaid through incoming Transient Guest Tax revenue.

The City Council also saw a first reading on a $54,000 contract with Lewis Backhoe & Excavating to extend the city’s sewer system to the riverfront so that it may be used for future development.

The item originally would have used Transient Guest Tax funds. However, local resident Kenneth Reeder suggested that sewer funds be used instead in order to keep the tax funds for only projects directly related to bringing in tourists. The council decided to request that the funds come from sewer revenues instead. That item and the change will be voted on in two weeks. 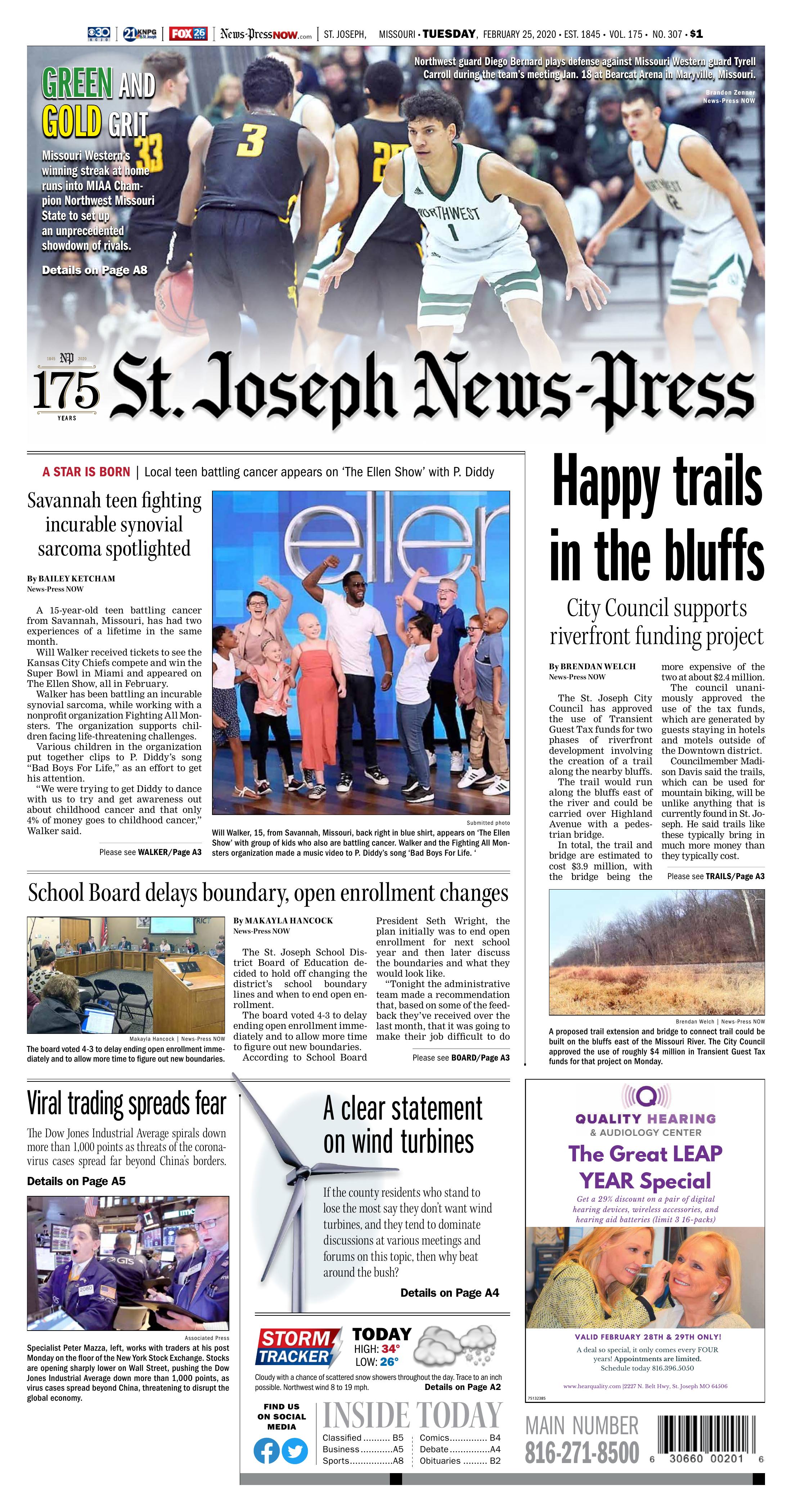