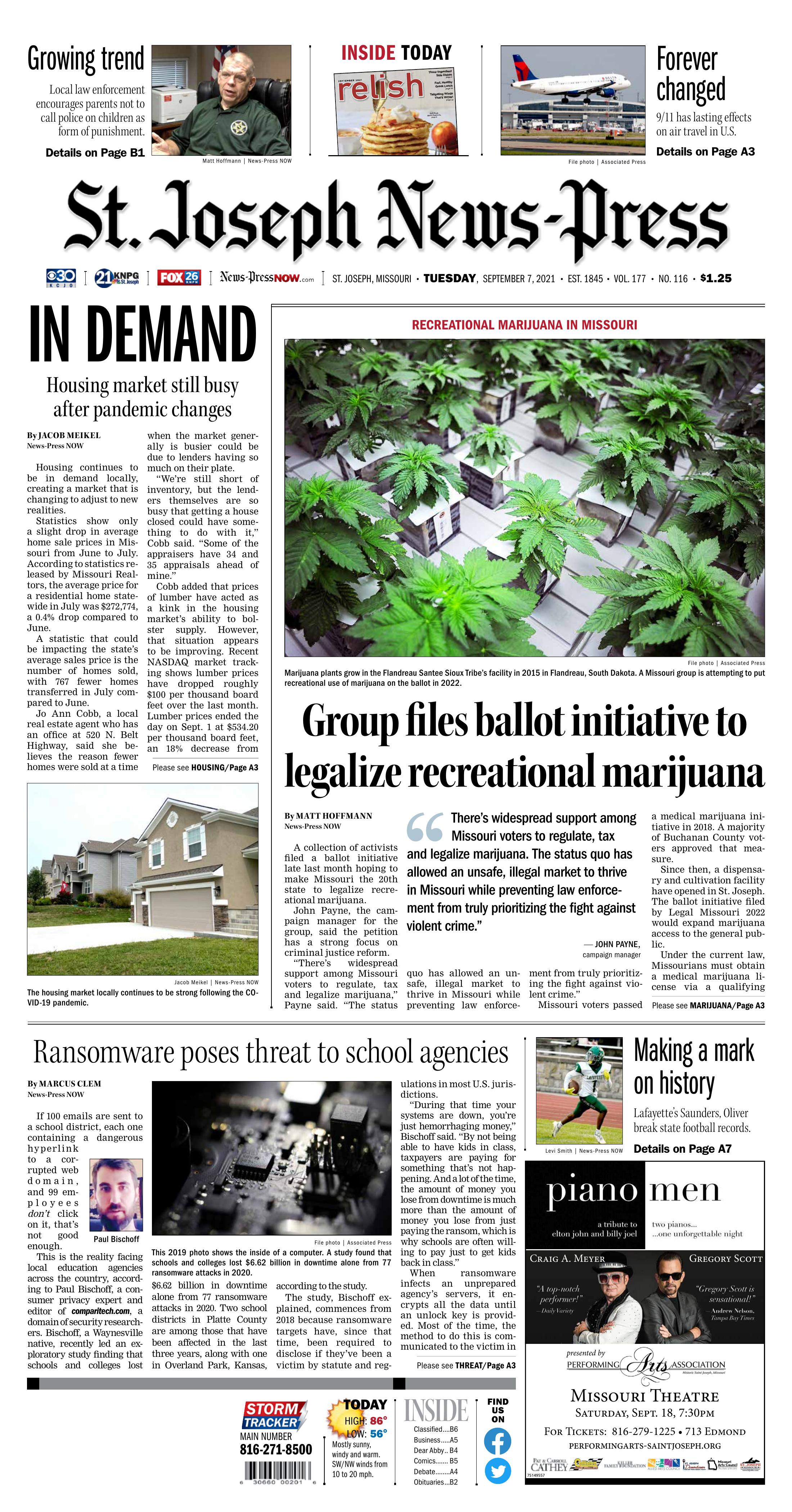 The housing market locally continues to be strong following the COVID-19 pandemic.

Housing continues to be in demand locally, creating a market that is changing to adjust to new realities.

Statistics show only a slight drop in average home sale prices in Missouri from June to July. According to statistics released by Missouri Realtors, the average price for a residential home statewide in July was $272,774, a 0.4% drop compared to June.

A statistic that could be impacting the state’s average sales price is the number of homes sold, with 767 fewer homes transferred in July compared to June.

Jo Ann Cobb, a local real estate agent who has an office at 520 N. Belt Highway, said she believes the reason fewer homes were sold at a time when the market generally is busier could be due to lenders having so much on their plate.

“We’re still short of inventory, but the lenders themselves are so busy that getting a house closed could have something to do with it,” Cobb said. “Some of the appraisers have 34 and 35 appraisals ahead of mine.”

Cobb added that prices of lumber have acted as a kink in the housing market’s ability to bolster supply. However, that situation appears to be improving. Recent NASDAQ market tracking shows lumber prices have dropped roughly $100 per thousand board feet over the last month. Lumber prices ended the day on Sept. 1 at $534.20 per thousand board feet, an 18% decrease from Aug. 2.

St. Joseph’s real estate market has entered new territory as the local board of Realtors has found its way into the Kansas City Board of Realtors, which, according to Allison Horn of Horn Realty LLC, 3025 Penn St., has a radius that extends much farther than before but also has ushered more Realtors into the market.

“We went from being a group of 350 agents who work together to a group that’s closer to 8,000,” Horn said. “Those are new agents who we’ve never dealt with before. When the market gets this hot and people see that houses are selling, then they get interested in doing it.”

Real estate professionals have had the luxury of getting to meet with more potential buyers face-to-face, and both Horn and Cobb prefer in-person showings to the virtual format many buyers and sellers were accustomed to during the COVID-19 pandemic.

Marijuana plants grow in the Flandreau Santee Sioux Tribe’s facility in 2015 in Flandreau, South Dakota. A Missouri group is attempting to put recreational use of marijuana on the ballot in 2022.

John Payne, the campaign manager for the group, said the petition has a strong focus on criminal justice reform.

“There’s widespread support among Missouri voters to regulate, tax and legalize marijuana,” Payne said. “The status quo has allowed an unsafe, illegal market to thrive in Missouri while preventing law enforcement from truly prioritizing the fight against violent crime.”

Since then, a dispensary and cultivation facility have opened in St. Joseph. The ballot initiative filed by Legal Missouri 2022 would expand marijuana access to the general public.

Under the proposed initiative, any Missourian 21 years or older would be able to possess, consume and cultivate marijuana. There would be a 6% sales tax that Legal Missouri 2022 said would generate “millions of dollars” annually.

Some Missourians with marijuana-related offenses would have their court records automatically expunged if the new initiative passes. In a press release, Legal Missouri 2022 said the expungement provision wouldn’t apply to violent offenders or those charged with operating a motor vehicle while high.

If the ballot initiative’s language is approved by the state, Legal Missouri 2022 will need to collect some 175,000 signatures to put the initiative on the general election ballot in November of 2022.

If 100 emails are sent to a school district, each one containing a dangerous hyperlink to a corrupted web domain, and 99 employees don’t click on it, that’s not good enough.

This is the reality facing local education agencies across the country, according to Paul Bischoff, a consumer privacy expert and editor of comparitech.com, a domain of security researchers. Bischoff, a Waynesville native, recently led an exploratory study finding that schools and colleges lost $6.62 billion in downtime alone from 77 ransomware attacks in 2020. Two school districts in Platte County are among those that have been affected in the last three years, along with one in Overland Park, Kansas, according to the study.

The study, Bischoff explained, commences from 2018 because ransomware targets have, since that time, been required to disclose if they’ve been a victim by statute and regulations in most U.S. jurisdictions.

“During that time your systems are down, you’re just hemorrhaging money,” Bischoff said. “By not being able to have kids in class, taxpayers are paying for something that’s not happening. And a lot of the time, the amount of money you lose from downtime is much more than the amount of money you lose from just paying the ransom, which is why schools are often willing to pay just to get kids back in class.”

When ransomware infects an unprepared agency’s servers, it encrypts all the data until an unlock key is provided. Most of the time, the method to do this is communicated to the victim in private, and it does work. Thus, Bischoff explained, it has become more and more common to retain cybersecurity insurance, immediately pay all demands and continue with normal business. But this only increases the scale of the threat.

“It’s kind of like this weird backwards economy where now people are ... rewarding the hackers because they don’t want to get caught out in the media for costly (security) missteps,” he said. “And that’s the No. 1 thing that’s going to encourage more hackers to jump on as they see other hackers making good amounts of money off this tactic.”

Ironically for educators, illicit domains of the internet offer programming scripts and tactical advice for download at affordable prices to would-be ransomware profiteers, who do not need to be skilled hackers. Thus, a district might be hacked, pay the ransom and get its servers restored, only to have one of its own students who — having learned about the reward available — acquires the tools online and shuts them down again.

“It’s not like they have to come up with anything original,” Bischoff said. “It’s much easier than it used to be to get involved in this sort of cybercrime.”

RANSOMWARE: A THREAT TO SCHOOLS