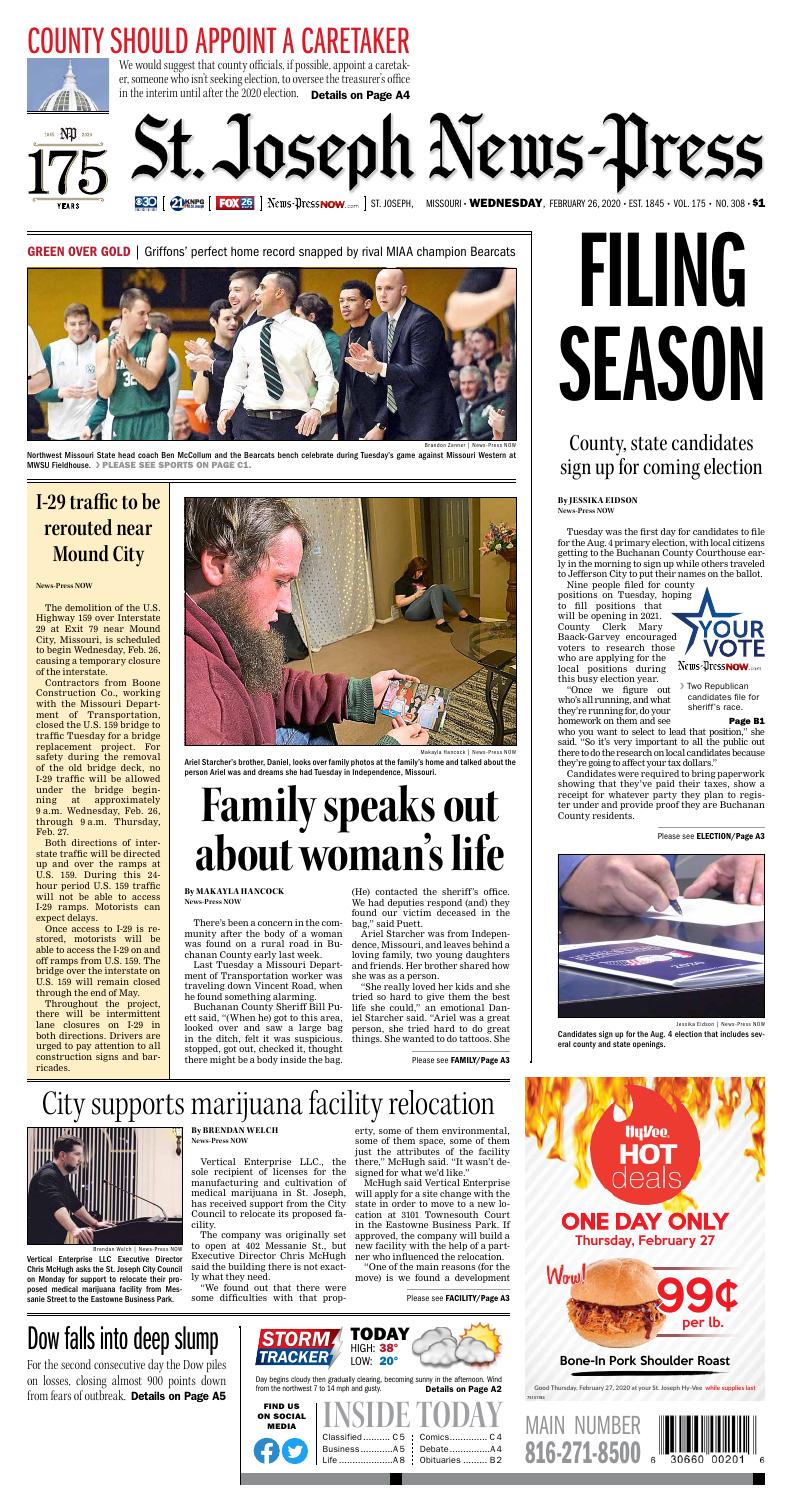 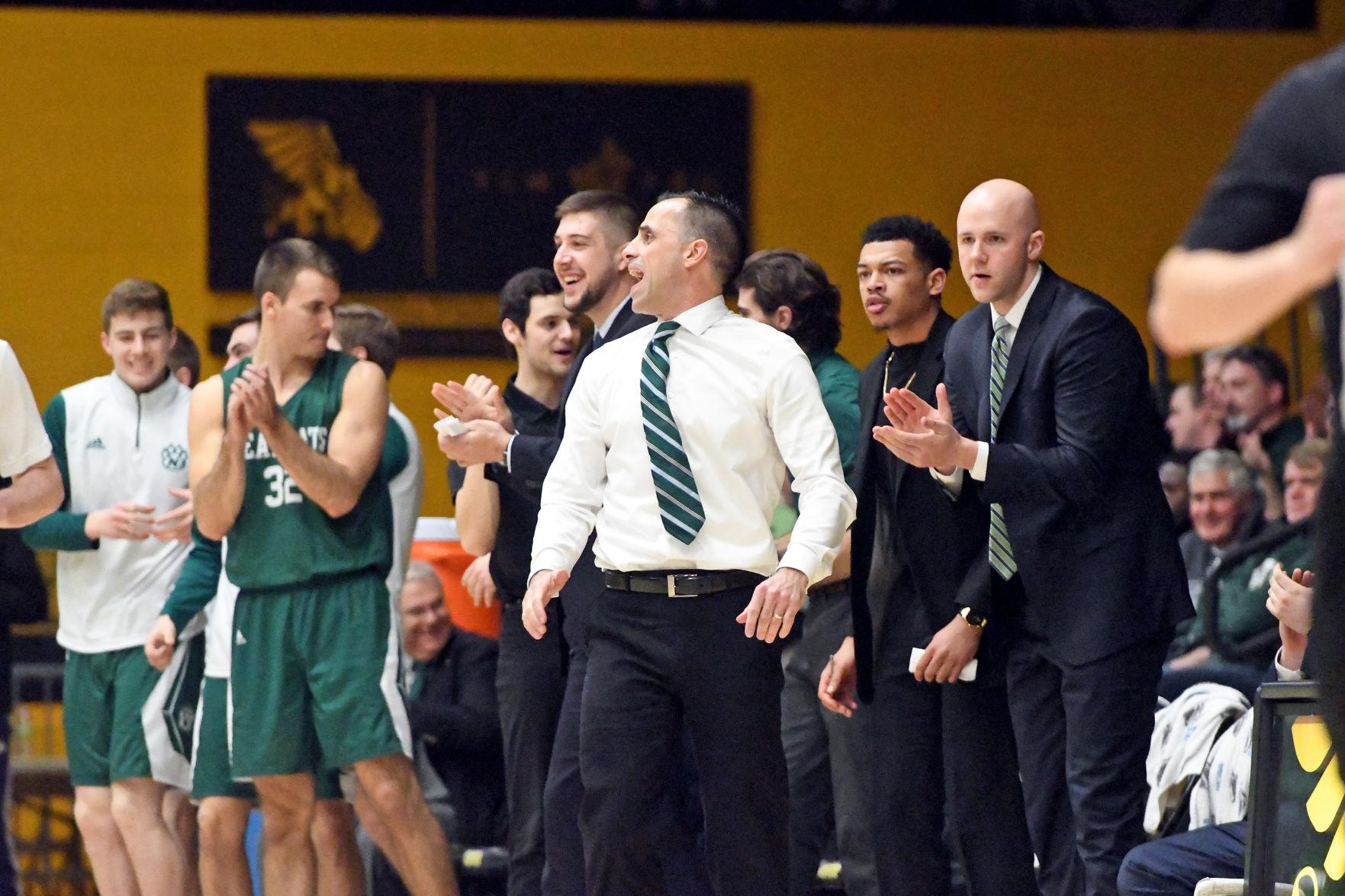 Ariel Starcher’s brother, Daniel, looks over family photos at the family’s home and talked about the person Ariel was and dreams she had Tuesday in Independence, Missouri.

Ariel Starcher’s brother Daniel shows childhood photos while talking about her life and her goals.

There's been a concern in the community after the body of a woman was found on a rural road in Buchanan County early last week.

Last Tuesday a Missouri Department of Transportation worker was traveling down Vincent Road, when he found something alarming.

Buchanan County Sheriff Bill Puett said, "(When he) got to this area, looked over and saw a large bag in the ditch, felt it was suspicious. stopped, got out, check it, thought there might be a body inside the bag. (He) contacted the sheriff's office. We had deputies respond (and) they found our victim deceased in the bag," said Puett.

Ariel Starcher was from Independence, Missouri, and leaves behind a loving family, two young daughters and friends. Her brother shared how she was as a person.

"She really loved her kids and she tried so hard to give them the best life she could," an emotional Daniel Starcher said. "Ariel was a great person, she tried hard to do great things. She wanted to do tattoos. She was an amazing artist, like she's a really, really great artist and she had a great smile."

Her childhood friend Nicole Juarez talked about Ariel Starcher and her friendship.

"She always wanted to fit in and be a part of everything and never be left out. I'd be with the older kids and then she's like, right there on the side of the car, like, 'Hey, let me in.' She wasn't a quiet person at all," Juarez said. "Even when she was talking across the room, you could hear her and you're like, 'Hey, chill,' and she's like, 'Nah, that's just me' like she's just happy, peppy, loud, outgoing."

It's barely been a week since Ariel Starcher was found and family and friends are trying to wrap their minds around what happened.

"I don't know how somebody could do something like this. ... I could just imagine how scared she was," Juarez said.

The family is holding a lantern-lighting memorial for Arial at 9 p.m. on Saturday, Feb. 28, at Sheffield Park in Kansas City, Missouri, where they will be selling the lanterns to pay for funeral and other expenses.

They also have a GoFundMe page titled "Funeral for Ariel."

If you have any information you can reach the investigation division in Buchanan County at 816-236-8845 or the tips hotline at 816-238-TIPS.

Related
1:24 VIDEO: 'She really loved her kids and she tried so hard to give them the best life she could'
Feb 26, 2020
1:49 VIDEO: Friend speaks out about woman's life
Feb 25, 2020
Local_news
top story
City supports marijuana facility relocation
By Brendan Welch News-Press NOW

Vertical Enterprise LLC., the sole recipient of licenses for the manufacturing and cultivation of medical marijuana in St. Joseph, has received support from the City Council to relocate its proposed facility.

The company was originally set to open at 402 Messanie St., but Executive Director Chris McHugh said the building there is not exactly what they need.

“We found out that there were some difficulties with that property, some of them environmental, some of them space, some of them just the attributes of the facility there,” McHugh said. “It wasn’t designed for what we’d like.”

McHugh said Vertical Enterprise will apply for a site change with the state in order to move to a new location at 3101 Townesouth Court in the Eastowne Business Park. If approved, the company will build a new facility with the help of a partner who influenced the relocation.

“One of the main reasons (for the move) is we found a development partner that was willing to help us and inject some money into the project if we were willing to go to a new site and build a new building,” McHugh said.

As part of their application process, the company sought support from the City Council in the form of a resolution.

On Monday, the council approved that resolution with a vote of 5 to 3. Councilmembers Russell Moore, P.J. Kovac and Gary Roach voted against supporting the relocation.

Moore said he had concerns about supporting the mostly Kansas City-based company.

“I’m not comfortable supporting this resolution,” Moore said during the council meeting. “This is an out-of-town LLC. We don’t know what their impact was and how it affected the locals that were denied (licenses).”

Councilmember Brian Myers argued that this company did not have an effect on other local groups who did not receive a license and they likely wouldn’t have gotten one even if Vertical Enterprise did not.

McHugh said that, while the majority of the roughly 15 owners of the company are from the Kansas City area, a couple of them are from St. Joseph and none of them are working for other medical marijuana companies.

Moore felt that the decision should be left up to the state, who granted the company its licenses.

“They got their license and they used that address to get it,” Moore said to the council. “I think they need to stand on their own. I don’t think we need to have a resolution to support their move. If they move, then fine.”

McHugh said the council’s decision to support the relocation will help them get it approved by the state.

He said the company will create 40 new full-time jobs and will seek St. Joseph residents to hire as employees.

Director of Planning and Community Development Clint Thompson said the move is better for the city than leaving the company on Messanie Street would be.

“The attraction of not only the initial investment for the construction of the new facility, but the impact of having the additional workforce employed in St. Joseph actually is a benefit to the community as well,” Thompson said.

Vertical Enterprise also was granted a license to operate a dispensary and plans to open one in St. Joseph in the future.

Western District Buchanan County Commissioner Ron Hook files for reelection on Tuesday morning during the first day of filing for the Aug. 4 election. Hook was one of many candidates to file for the numerous county seats that are up for reelection.

Candidates sign up for the Aug. 4 election that includes several county and state openings.

Tuesday was the first day for candidates to file for the Aug. 4 primary election, with local citizens getting to the Buchanan County Courthouse early in the morning to sign up while others traveled to Jefferson City to put their names on the ballot.

Nine people filed for county positions on Tuesday, hoping to fill positions that will be opening in 2021. County Clerk Mary Baack-Garvey encouraged voters to research those who are applying for the local positions during this busy election year.

“Once we figure out who’s all running, and what they’re running for, do your homework on them and see who you want to select to lead that position,” she said. “So it’s very important to all the public out there to do the research on local candidates because they’re going to affect your tax dollars.”

Candidates were required to bring paperwork showing that they’ve paid their taxes, show a receipt for whatever party they plan to register under and provide proof they are Buchanan County residents.

Scott Burnham filed as a Republican for re-election as Eastern District Commissioner.

David Gall filed as a Republican for treasurer, while James P. “Jimmy” Nash filed as a Democrat for the position. The position is currently held by Democrat John D. Nash, who is retiring.

Ron Hook filed as a Democrat for re-election as Western District Commissioner.

Kristi Green filed as a Republican for committeewoman of the 15th voting district.

And while some local citizens were headed to the courthouse to register, others made their way to Jefferson City to file for state representative seats.

Dean VanSchoiack of Savannah, Missouri, and Tina Goodrick of St. Joseph, both filed as Republicans as State Representative of District 9. The seat is currently held by Republican Rep. Sheila Solon, who has reached her term limit.

Rep. Bill Falkner of St. Joseph, Missouri, filed as a Republican for re-election as State Representative of District 10.

Rep. Brenda Shields of St. Joseph, Missouri, filed as a Republican for re-election as State Representative of District 11.

The candidates on both the state and county level have until March 31 to file.

The demolition of the U.S. Highway 159 over Interstate 29 at Exit 79 near Mound City, Missouri, is scheduled to begin Wednesday, Feb. 26, causing a temporary closure of the interstate.

Contractors from Boone Construction Co., working with the Missouri Department of Transportation, closed the U.S. 159 bridge to traffic Tuesday for a bridge replacement project. For safety during the removal of the old bridge deck, no I-29 traffic will be allowed under the bridge beginning at approximately 9 a.m. Wednesday, Feb. 26, through 9 a.m. Thursday, Feb. 27.

Both directions of interstate traffic will be directed up and over the ramps at U.S. 159. During this 24-hour period U.S. 159 traffic will not be able to access I-29 ramps. Motorists can expect delays.

Once access to I-29 is restored, motorists will be able to access the I-29 on and off ramps from U.S. 159. The bridge over the interstate on U.S. 159 will remain closed through the end of May.

Throughout the project, there will be intermittent lane closures on I-29 in both directions. Drivers are urged to pay attention to all construction signs and barricades. 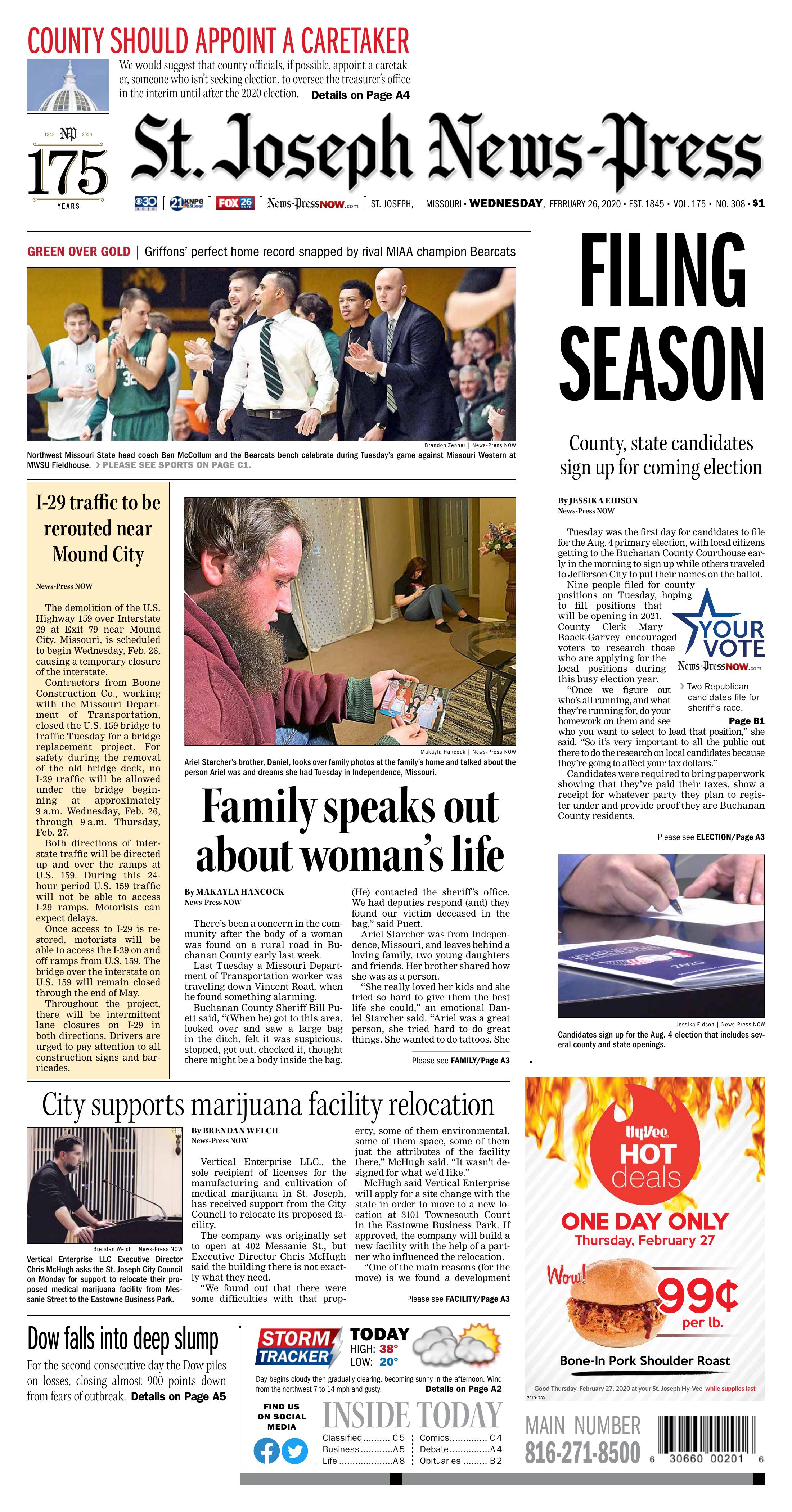 VIDEO: 'She really loved her kids and she tried so hard to give them the best life she could'