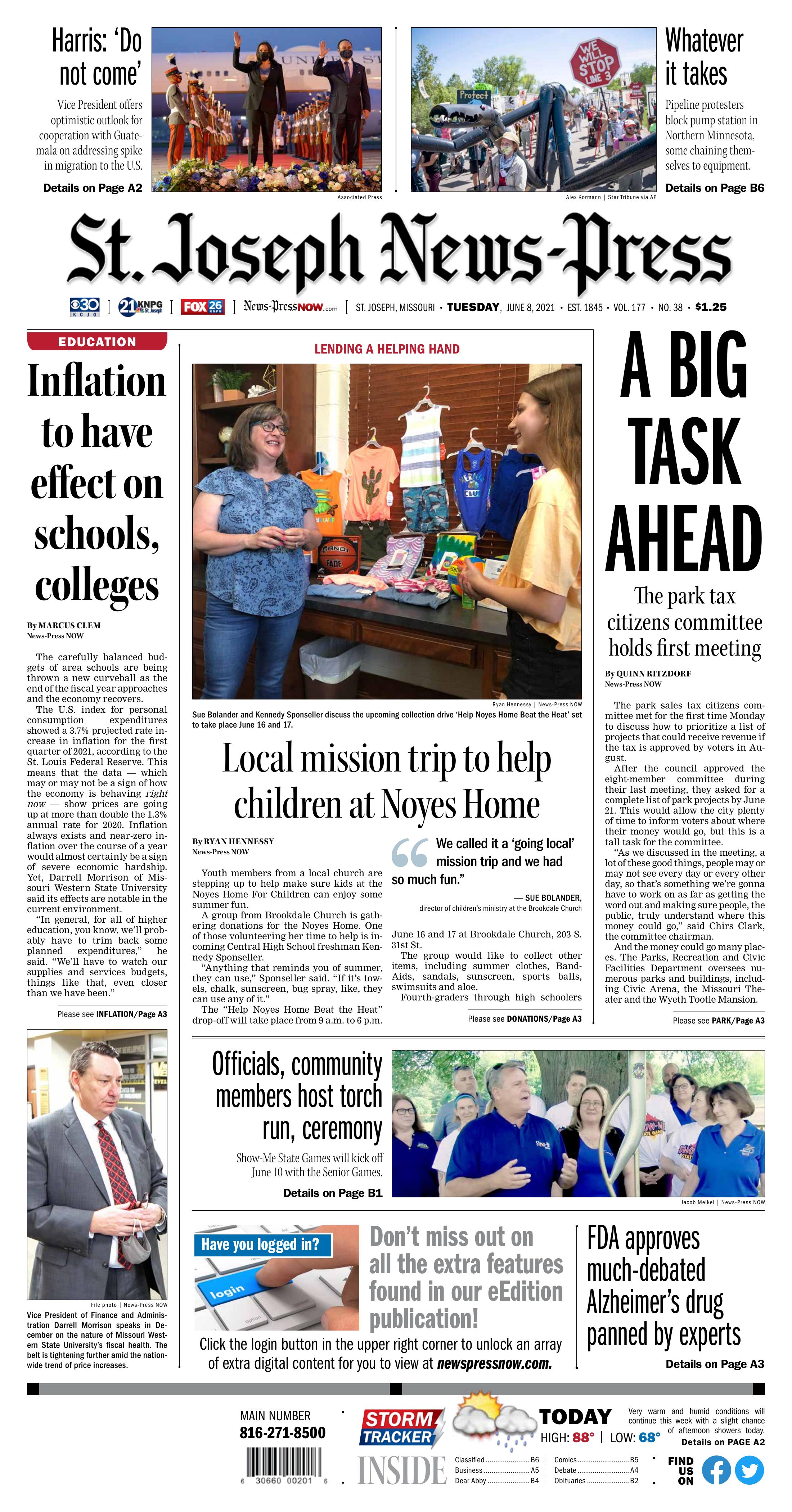 The park sales tax citizens committee met for the first time Monday to discuss how to prioritize a list of projects that could receive revenue if the tax is approved by voters in August.

After the council approved the eight-member committee during their last meeting, they asked for a complete list of park projects by June 21. This would allow the city plenty of time to inform voters about where their money would go, but this is a tall task for the committee. 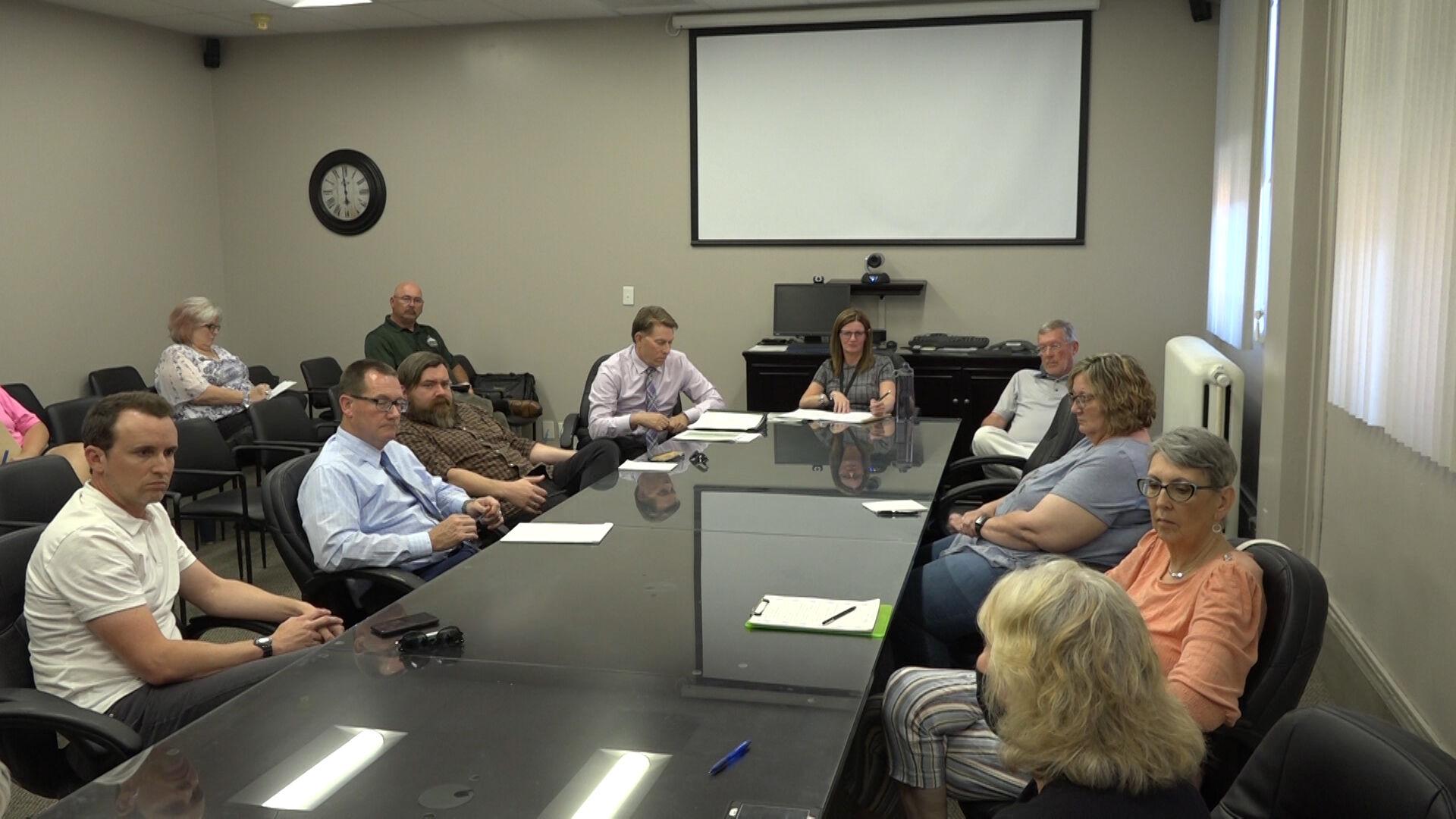 The park sales tax citizens committee meets for the first time Monday. They will have to create a prioritized list of projects by June 21.

“As we discussed in the meeting, a lot of these good things, people may or may not see every day or every other day, so that’s something we’re gonna have to work on as far as getting the word out and making sure people, the public, truly understand where this money could go,” said Chris Clark, the committee chairman.

And the money could go many places. The Parks, Recreation and Civic Facilities Department oversees numerous parks and buildings, including Civic Arena, the Missouri Theater and the Wyeth Tootle Mansion.

To help, Parks Director Chuck Kempf and his staff created an extensive list of projects that could use the money from the sales tax. The committee’s job is to narrow down that list.

“Chuck (Kempf) and Jeff (Atkins) in the Parks Department have done an incredible job getting the list together and really being able to inventory the issues and the needs they’ve got,” Clark said. “We’re very lucky to have somebody like Chuck and his staff to put this together to really bring everything to the surface. The list is impressive. It’s way bigger than I wish it were though.”

Each committee member will rank five projects from the list before their next meeting Wednesday. They will then discuss their individual priorities to help with the final determination. Multiple members offered their priorities during the meeting, including restrooms and new parks.

For Clark, the entire department is a priority. Many parks aren’t receiving the necessary maintenance, and staff doesn’t have proper equipment. Kempf said only six items have been replaced in the last four years.

The committee wants this process to look very similar to the Capital Improvements Program, which has significant support from the voters every time it’s on the ballot. The reason? People know exactly where their money is going thanks to an itemized list presented to the voters. The park sales tax citizens committee wants to have the same success.

Vice President of Finance and Administration Darrell Morrison speaks in December on the nature of Missouri Western State University’s fiscal health. The belt is tightening further amid the nationwide trend of price increases.

SJSD financial leader Dr. Gabe Edgar reviews a document in May. Edgar manages the district’s financial recovery in the wake of COVID-19.

The carefully balanced budgets of area schools are being thrown a new curveball as the end of the fiscal year approaches and the economy recovers.

The U.S. index for personal consumption expenditures showed a 3.7% projected rate increase in inflation for the first quarter of 2021, according to the St. Louis Federal Reserve. This means that the data — which may or may not be a sign of how the economy is behaving right now — show prices are going up at more than double the 1.3% annual rate for 2020. Inflation always exists and near-zero inflation over the course of a year would almost certainly be a sign of severe economic hardship.

"It could affect us down the line, but not at this state of the game," said John Moore, chairman of the Northwest Missouri State University Board of Regents, who is a retired Federal Reserve official. "There appears to be evidence that this is a short-term trend. There was a trend of deflation last year, in which prices decreased relative to the norm. So, on a comparison basis, it's really been thrown off."

Yet, Darrell Morrison of Missouri Western State University said its effects are notable in the current environment.

“In general, for all of higher education, you know, we’ll probably have to trim back some planned expenditures,” he said. “We’ll have to watch our supplies and services budgets, things like that, even closer than we have been.”

Although it has long since staunched the budget bleeding that erupted onto the scene in the most painful timing possible in spring 2020 just as COVID-19 arrived, Western remains in a situation where it must adapt its expenses downward regularly.

Morrison said he is thankful that Gov. Mike Parson has overseen a funding increase for college campuses in the latest state budget. This amounts to 3.7% more funding annually, a number that is not correlated with the rate of inflation. Altogether, state legislators control about 30% of the revenues Western receives, with the rest coming from student tuition, fees and other monies.

"The nation has just had so many shortages as a result of having to shut down plants, and other types of things, during the COVID crisis," Moore said. "It's taking a while to work through it, and just get things back to normal."

Incidentally, the SJSD Board of Education will hold a previously unscheduled meeting at 1:30 p.m. Tuesday, June 8, concerning the application of Elementary and Secondary School Emergency Relief funding. Those dollars are driven specifically by COVID-19 costs and needs, not inflation. The latest tranche is backed by the American Rescue Plan signed into law by President Joe Biden in March. To answer questions about these and other matters, representatives with LJ Hart and Co., a St. Louis firm acting as the district’s financial adviser, will speak to the school board.

Morrison conveyed a sense of optimism about the situation.

“I don’t think, in Western’s case, that we’ll be looking at any major budget adjustments at this time, though it is a little early to tell,” he said. “Anything that happens will be in the background. You won’t see any changes in our front-facing services.”

Youth members from a local church are stepping up to help make sure kids at the Noyes Home For Children can enjoy some summer fun.

A group from Brookdale Church is gathering donations for the Noyes Home. One of those volunteering her time to help is incoming Central High School freshman Kennedy Sponseller.

“Anything that reminds you of summer, they can use,” Sponseller said. “If it’s towels, chalk, sunscreen, bug spray, like, they can use any of it.”

The group would like to collect other items, including summer clothes, Band-Aids, sandals, sunscreen, sports balls, swimsuits and aloe.

Fourth-graders through high schoolers will be leading the effort to bring supplies to the Noyes Home, and the plan is to drop off the supplies on June 18.

Sue Bolander is the director of children’s ministry at the Brookdale Church, and she said the ultimate goal from the effort “is to give God glory.”

The church normally takes mission trips on the road, but that changed last year during the COVID-19 pandemic. Instead, the group had a sandwich bag assembly line through InterServ aimed at feeding victims of the South Side flood.

“We called it a ‘going local’ mission trip and we had so much fun,” Bolander said.

Sponseller was in charge of spreading peanut butter on bread on that assembly line.

“It has this really great feeling afterwards,” Sponseller said. “Kind of like an adrenaline rush, but like different.”

This year’s ‘Beat the Heat’ drive is actually one of three missions offered through Brookdale Church this summer. The other two are out of state.