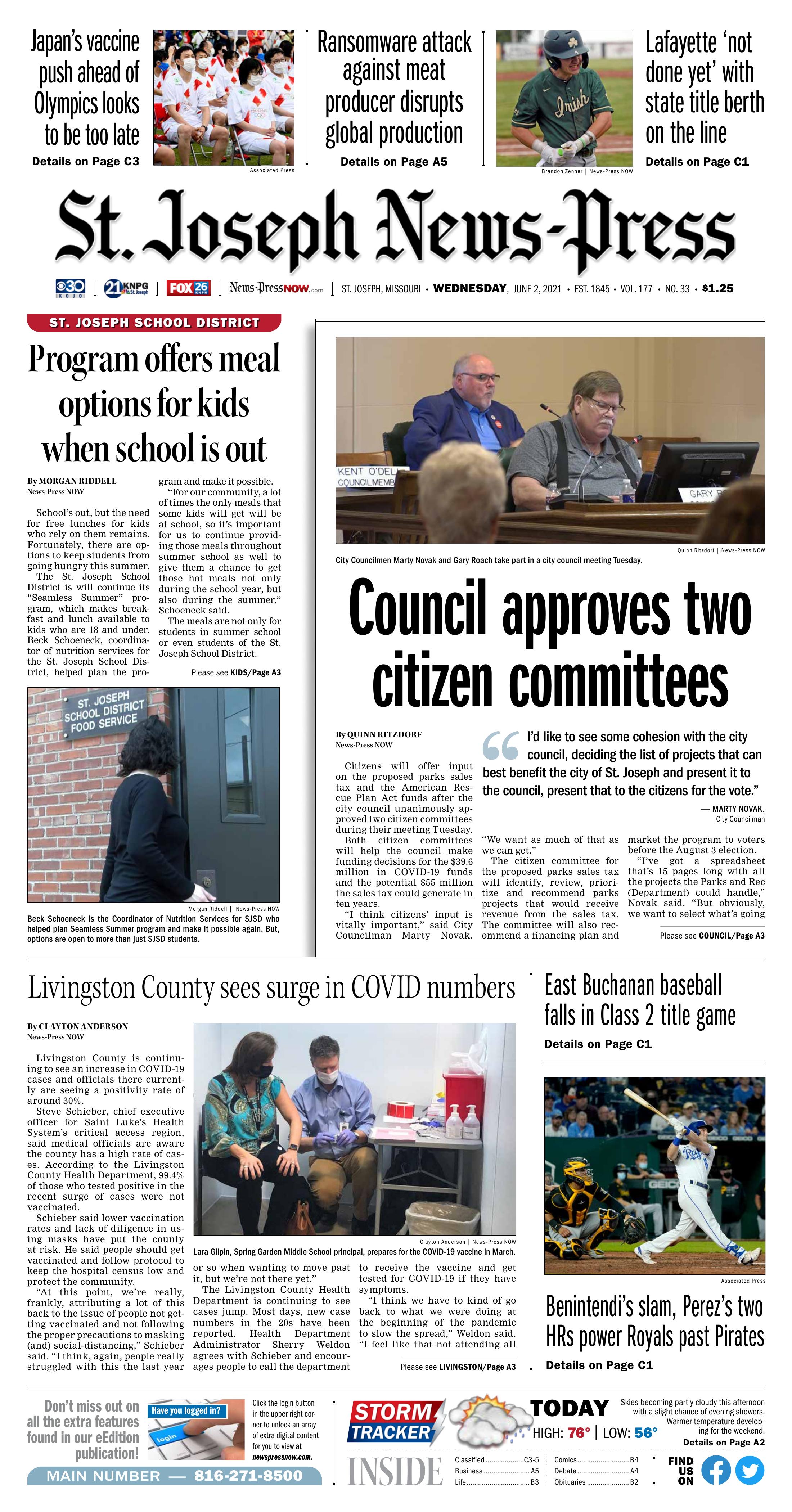 Citizens will offer input on the proposed parks sales tax and the American Rescue Plan Act funds after the city council unanimously approved two citizen committees during their meeting Tuesday.

Both citizen committees will help the council make funding decisions for the $39.6 million in COVID-19 funds and the potential $55 million the sales tax could generate in ten years.

“I think citizens’ input is vitally important,” said City Councilman Marty Novak. “We want as much of that as we can get.”

The citizen committee for the proposed parks sales tax will identify, review, prioritize and recommend parks projects that would receive revenue from the sales tax. The committee will also recommend a financing plan and market the program to voters before the August 3 election. 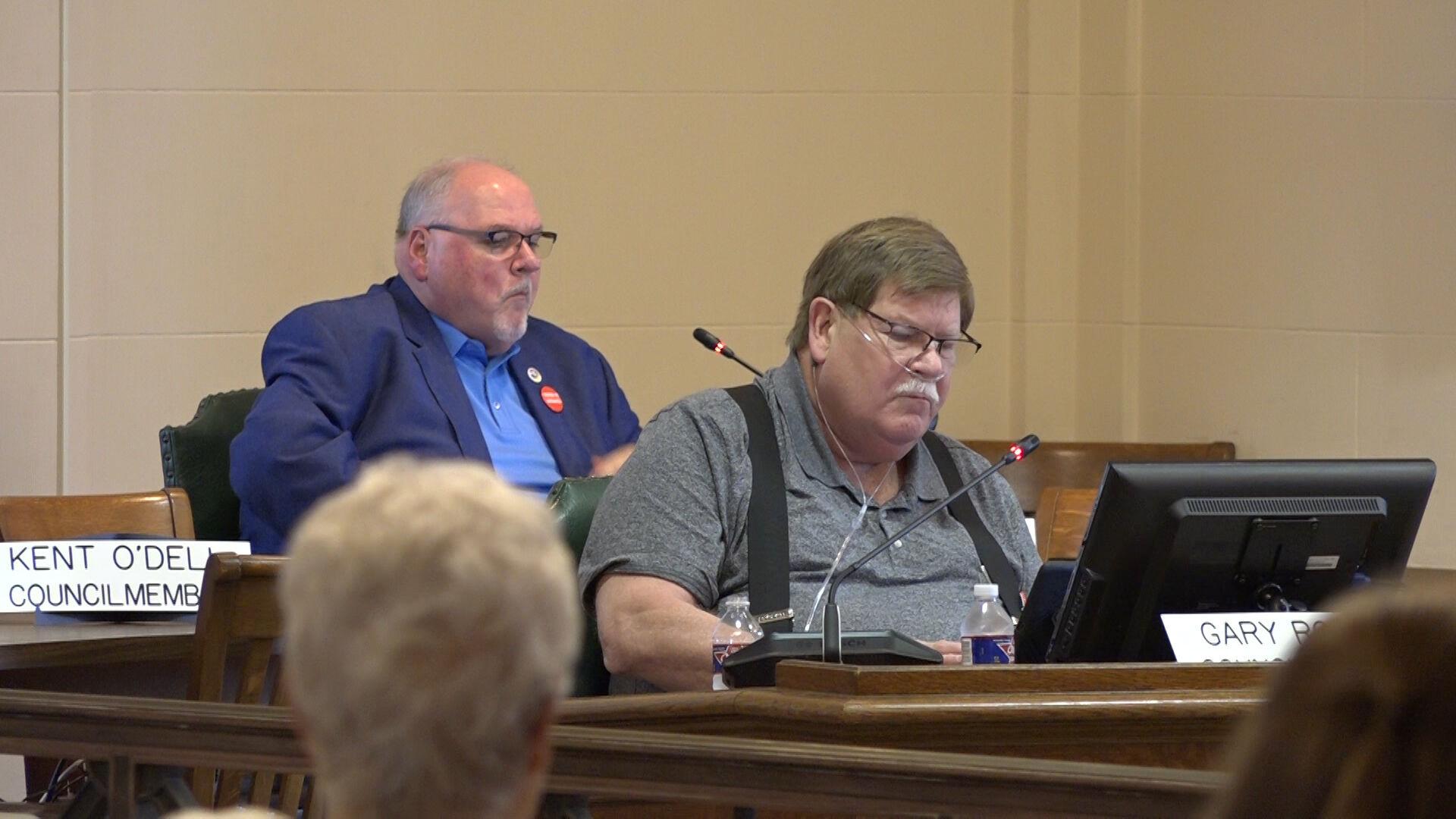 “I’ve got a spreadsheet that’s 15 pages long with all the projects the Parks and Rec (Department) could handle,” Novak said. “But obviously, we want to select what’s going to benefit the city and the parks most.”

The committee will have a lot of work on their hands, as the council wants the full list of projects by June 21. This allows time to prepare and educate voters on exactly what the tax will be used for before they go to the polls.

“There’s been a lot of legwork done by Chuck Kempf and the Parks Department, so it can give us an idea of what really the most essential needs are, so we can kind of get pointed in a direction that’s going to do the most good,” Novak said.

“I’d like to see some cohesion with the city council, deciding the list of projects that can best benefit the city of St. Joseph and present it to the council, present that to the citizens for the vote,” Novak said.

The other citizen committee, for the American Rescue Plan Act funds, will review applications and make recommendations on how to allocate the $39.6 million. Thus far, the city has received 43 applications totaling $45 million.

“We want public input on both,” Novak said. “The American Rescue Act funds — I think citizen input is good, because obviously, as a council, we can’t come up with all the answers.”

bills and resolutions that passed:

The council unanimously approved waiving fees at the landfill for the disposal of trees and waste removed from Contrary Creek as part of the coordinated cleanup.

The council unanimously approved a $162,775 grant from the Missouri Air National Guard to pay for the installation of a box culvert and waterline relocation caused by the Guard’s move to the north end of Rosecrans Memorial Airport.

The council unanimously approved two separate bills. One was $41,201 to purchase outer vest carriers for police officers. The other was $6,950 for a lawnmower at the outdoor gun range.

The council unanimously approved $33,000 for renovations at the outdoor athletic courts at the Bode Sports Complex.

Beck Schoeneck is the Coordinator of Nutrition Services for SJSD who helped plan Seamless Summer program and make it possible again. But, options are open to more than just SJSD students.

School’s out, but the need for free lunches for kids who rely on them remains. Fortunately, there are options to keep students from going hungry this summer.

“For our community, a lot of times the only meals that some kids will get will be at school, so it’s important for us to continue providing those meals throughout summer school as well to give them a chance to get those hot meals not only during the school year, but also during the summer,” Schoeneck said.

The meals are not only for students in summer school or even students of the St. Joseph School District.

“Anyone, regardless if they’re a St Joseph School District student, as long as they’re 18 (or younger), they can come eat for free,” Schoeneck said. “Breakfast or lunch is at any of our school buildings that are open for summer school.”

Students who opted for virtual summer school are able to pick up packaged meals for the week. Anyone outside of summer school who would like to use a pick-up option and has children 18 and under can sign up for the pick-up option online at https://www.sjsd.k12.mo.us/ as well.

Meals are served Monday through Friday from 8 a.m. to noon or they can be picked up on Tuesdays and Fridays through the summer.

Another program called No Hunger Summer, which is run by Second Harvest Food Bank, offers grab-and-go cold lunch options available for kids around St. Joseph. Sites will run from 11:30 a.m. to 12:30 p.m. Monday through Friday from June 16 to Aug. 28.

Sites include Oak Ridge Apartments, Brittany Village Apartments, First Baptist Church and others. A map of all the No Hunger Summer locations can be found at shcfb.org.

Livingston County is continuing to see an increase in COVID-19 cases and officials there currently are seeing a positivity rate of around 30%.

Steve Schieber, chief executive officer for Saint Luke’s Health System’s critical access region, said medical officials are aware the county has a high rate of cases. According to the Livingston County Health Department, 99.4% of those who tested positive in the recent surge of cases were not vaccinated.

Schieber said lower vaccination rates and lack of diligence in using masks have put the county at risk. He said people should get vaccinated and follow protocol to keep the hospital census low and protect the community.

“At this point, we’re really, frankly, attributing a lot of this back to the issue of people not getting vaccinated and not following the proper precautions to masking (and) social-distancing,” Schieber said. “I think, again, people really struggled with this the last year or so when wanting to move past it, but we’re not there yet.”

The Livingston County Health Department is continuing to see cases jump. Most days, new case numbers in the 20s have been reported. Health Department Administrator Sherry Weldon agrees with Schieber and encourages people to call the department to receive the vaccine and get tested for COVID-19 if they have symptoms.

“I think we have to kind of go back to what we were doing at the beginning of the pandemic to slow the spread,” Weldon said. “I feel like that not attending all kinds of events in the public would be helpful, such as don’t go to church if you’re sick, don’t go to work, daycares, everywhere else even if you think you just have a cold. That might be, but you may be positive for COVID.”

Weldon also said a test conducted by the Missouri Department of Health and Senior Services confirmed two new variants are circulating — the United Kingdom variant and the Indian variant, which the Centers for Disease Control has said are more contagious and potentially dangerous.

Schieber said the new variants make the need for receiving the vaccine even stronger.

According to the Missouri DHSS Vaccine Navigator, Livingston County has had 33% of its population get at least one dose of a COVID vaccine. In Buchanan County, just more than 20% of the population has been vaccinated.