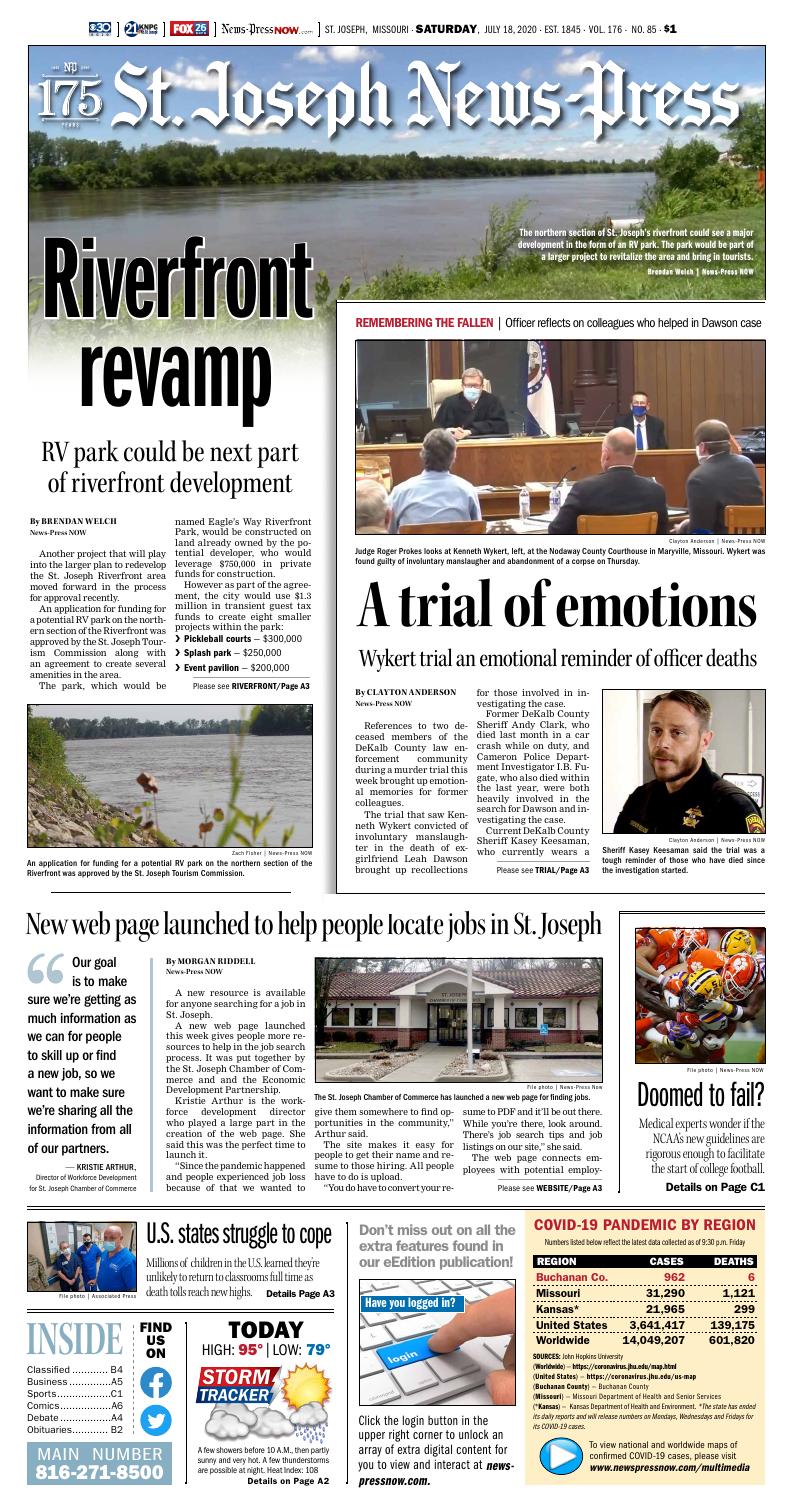 The northern section of St. Joseph’s riverfront could see a major development in the form of an RV park. The park would be part of a larger project to revitalize the area and bring in tourists.

Another project that will play into the larger plan to redevelop the St. Joseph Riverfront area moved forward in the process for approval recently.

An application for funding for a potential RV park on the northern section of the Riverfront was approved by the St. Joseph Tourism Commission along with an agreement to create several amenities in the area.

The park, which would be named Eagle’s Way Riverfront Park, would be constructed on land already owned by the potential developer, who would leverage $750,000 in private funds for construction.

However as part of the agreement, the city would use $1.3 million in transient guest tax funds to create eight smaller projects within the park:

City staff recommended approving the agreement during the July 9 tourism commission meeting, which they did.

Clint Thompson, director of planning & community development for the city, said the RV park has been discussed for years and both project leaders and the public seemed to like the idea.

“This is something that the consultant and working with stakeholders and the community through a public process identified as an aspect that would improve tourism and would be the ideal type of use in that area because of the potential for flooding,” Thompson said.

The tourism commission, and ultimately the City Council, also approved the creation of a trail on the nearby bluffs for $3.9 million earlier this year. Thompson said the trail and existing features would work together to increase tourism.

“It would also be an attraction for not only our local residents to use but also for visitors coming to St. Joseph,” Thompson said. “In combination with the ball fields, adjacent casino and then the soon-to-be-developed river bluff trail system, I think they’d complement one another.”

If approved, the remains available balance in the Transient Guest tax fund would be just over $3 million. Those funds are collected from guests who stay in St. Joseph’s hotels and motels and must be used for tourism projects only.

Thompson said city staff is now in the process of finalizing the agreement in a way that would minimize risk if the project turns out to not be lucrative or to not be completed.

“The city has played a role on private development, whether it be through the use of the transient guest tax or through the use of any other economic development incentive,” he said. “So, we will replicate this agreement after other agreements that we’ve used in the past and had success with. There’s always a mechanism you want to place in an agreement to protect both sides.”

The City Council will have to vote on the agreement before any work can begin.

Sheriff Kasey Keesaman said the trial was a tough reminder of those who have died since the investigation started.

References to two deceased members of the DeKalb County law enforcement community during a murder trial this week brought up emotional memories for former colleagues.

The trial that saw Kenneth Wykert convicted of involuntary manslaughter in the death of ex-girlfriend Leah Dawson brought up recollections for those involved in investigating the case.

Former DeKalb County Sheriff Andy Clark, who died last month in a car crash while on duty, and Cameron Police Department Investigator I.B. Fugate, who also died within the last year, were both heavily involved in the search for Dawson and investigating the case.

“This is one of our last cases we’ve had where their (Clark and Fugate) hands were in it, and it’s been kind of emotional for us all to get through it,” Keesaman said. “I’m glad that we’re through this and I know that Sheriff Clark would be very pleased with how we’ve done.”

Keesaman said that he was glad Dawson’s family got justice. He said the case was a tough one with a lot of leads, and although the defense argued law enforcement had tunnel vision in the investigation, he believes they did as well as they could.

“We had numerous leads coming out all over the place,” Keesaman said. “We would follow the leads that evidence was pointing us to and the investigation led us to go through other agencies that help and I can’t be more than grateful for the hard work other agencies did.”

The sheriff’s department and other agencies found Dawson’s body in an advanced state of decomposition on land Wykert’s family owned. Keesaman said Dawson was a loving girl who will be remembered by many in the community.

A new web page launched this week by the St. Joseph Chamber of Commerce and the Economic Development Partnership gives people more resources to help in the job search process.

A new resource is available for anyone searching for a job in St. Joseph.

A new web page launched this week gives people more resources to help in the job search process. It was put together by the St. Joseph Chamber of Commerce and and the Economic Development Partnership.

Kristie Arthur is the workforce development director who played a large part in the creation of the web page. She said this was the perfect time to launch it.

“Since the pandemic happened and people experienced job loss because of that we wanted to give them somewhere to find opportunities in the community,” Arthur said.

The site makes it easy for people to get their name and resume to those hiring. All people have to do is upload.

“You do have to convert your resume to PDF and it’ll be out there. While you’re there, look around. There’s job search tips and job listings on our site,” she said.

The web page connects employees with potential employers, but there also are links to education and certification options. The site also has a link to register for an event through Metropolitan Community College happening on Saturday, an open house taking place virtually for potential opportunities.

The virtual event with MCC will assess what people are needing and then break them into groups for information on financial aid, CNA, practical nursing, radiologic technology, surgical technology, sonography and welding.

Arthur explained that when searching for openings, people can look through large companies.

There is another category for smaller companies.

“(Then) our small-employer job boards (have) like customer service rep, working from home, and if you click it, it’ll tell you who it is,” Arthur said.

The new web page can be found at choosesaintjoseph.com/uncommon-life-job-center/. 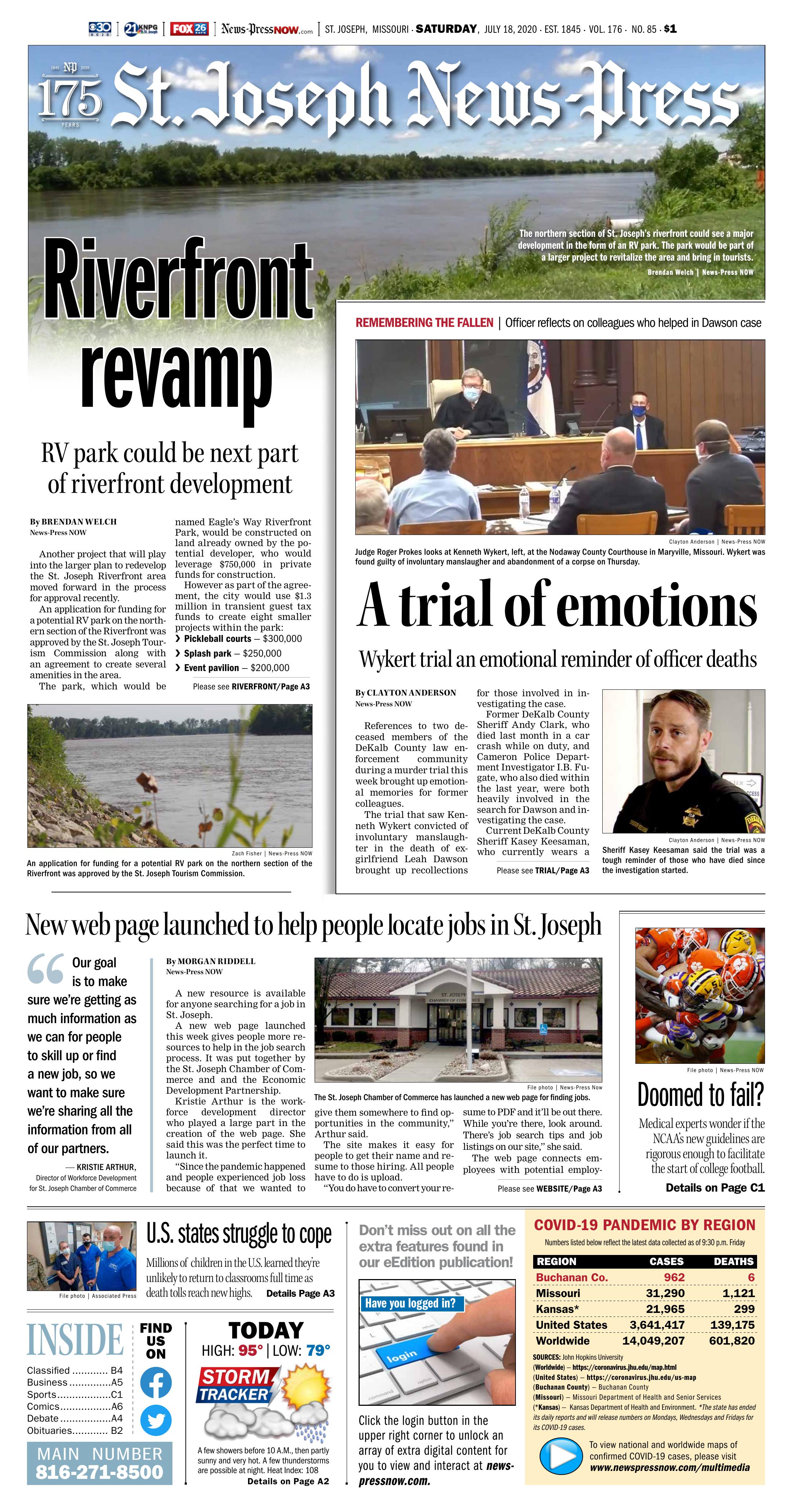