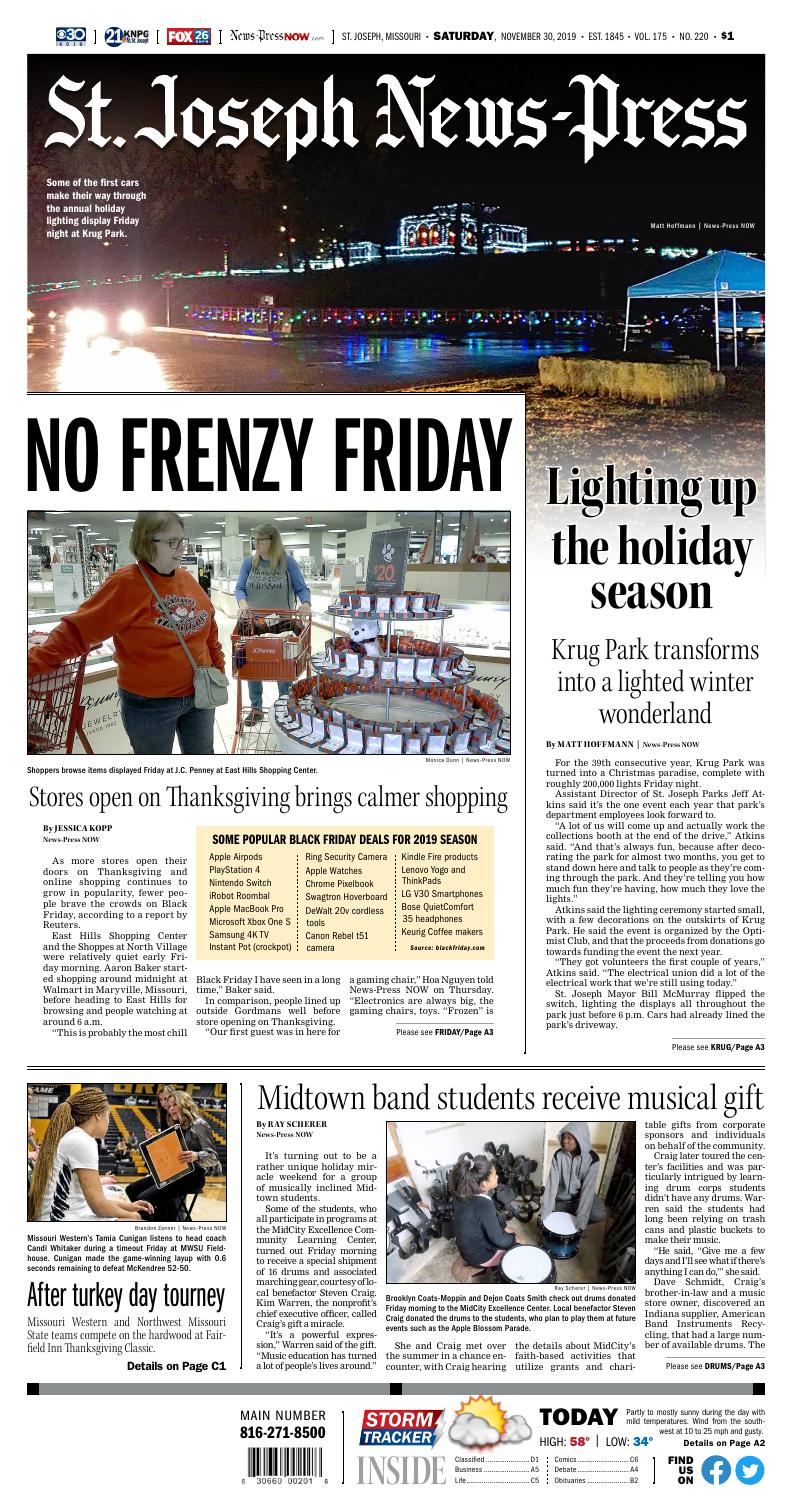 As more stores open their doors on Thanksgiving and online shopping continues to grow in popularity, fewer people brave the crowds on Black Friday, according to a report by Reuters.

East Hills Shopping Center and the Shoppes at North Village were relatively quiet early Friday morning. Aaron Baker started shopping around midnight at Walmart in Maryville, Missouri, before heading to East Hills for browsing and people watching at around 6 a.m.

“This is probably the most chill Black Friday I have seen in a long time,” Baker said.

In comparison, people lined up outside Gordmans well before store opening on Thanksgiving.

“Our first guest was in here for a gaming chair,” Hoa Nguyen told News-Press NOW on Thursday. “Electronics are always big, the gaming chairs, toys. “Frozen” is huge, they just released the movie last week.”

According to WalletHub, Americans especially shop for electronics on Black Friday, although consumer electronics have the lowest discount of product categories at 25 percent on average. Jewelry offers the highest average discount at 70 percent.

Sisters Jessica and Lexy Clark began their holiday shopping at 7 p.m. on Thanksgiving and hit Target, Walmart and J.C. Penney by Friday morning before heading to Gordmans.

The sisters mostly shopped for Christmas presents for their children and clothes for themselves.

“The biggest find was probably the remote-control truck from Walmart for my son,” Jessica Clark said.

Similar to Gordmans, J.C. Penney, which stayed open all night, experienced a rush on Thanksgiving afternoon and a more relaxed Black Friday morning.

“We opened at 2 p.m. yesterday, we had hundreds of people in line,” Davis said. “We were very, very busy for about four to five hours. People went home and had their late Thanksgiving dinner, and then they came back and we were busy until 1 a.m.”

Shoppers now prepare for Cyber Monday on Dec. 2. The online shopping day has consistently grown in popularity over the last few years and a record-breaking $7.9 billion spent on Cyber Monday in 2018.

Brooklyn Coats-Moppin and Dejon Coats Smith check out drums donated Friday morning to the MidCity Excellence Center. Local benefactor Steven Craig donated the drums to the students, who plan to play them at future events such as the Apple Blossom Parade.

It’s turning out to be a rather unique holiday miracle weekend for a group of musically inclined Midtown students.

Some of the students, who all participate in programs at the MidCity Excellence Community Learning Center, turned out Friday morning to receive a special shipment of 16 drums and associated marching gear, courtesy of local benefactor Steven Craig. Kim Warren, the nonprofit’s chief executive officer, called Craig’s gift a miracle.

“It’s a powerful expression,” Warren said of the gift. “Music education has turned a lot of people’s lives around.”

She and Craig met over the summer in a chance encounter, with Craig hearing the details about MidCity’s faith-based activities that utilize grants and charitable gifts from corporate sponsors and individuals on behalf of the community.

Craig later toured the center’s facilities and was particularly intrigued by learning drum corps students didn’t have any drums. Warren said the students had long been relying on trash cans and plastic buckets to make their music.

Dave Schmidt, Craig’s brother-in-law and a music store owner, discovered an Indiana supplier, American Band Instruments Recycling, that had a large number of available drums. The company sent a team to St. Joseph with the drums on Thanksgiving. Craig also made a $39,000 charitable contribution to the learning center.

“This will enhance MCE’s 18-year-old efforts to captivate disadvantaged, under-resourced and under-exposed youth through performing arts,” Warren said. “MCE has endeavored to attract hard-to-reach youth, especially minority males, (in the) fifth- through ninth-grades, engaging them into a new music initiative, St. Joe Stixx.”

“Now the real work begins,” he said. “We need to teach these youths all we can and help change the course of their lives. ... I know it can work in St. Joseph.”

The center will continue revamping the 40-member trash can band into a full-fledged drumline. Beyond a $10,000 state grant, the organization still needs $50,000 to purchase more equipment and to operate a drum school at the center slated to start on Jan. 8.

“The hopelessness and poor emotional outlook for youth in our city has become increasingly bleak,” Warren said. “Drums and music hobbies can give the youth hope, structure and fresh new goals to achieve in the school of music by giving them a sense of belonging.”

She said the St. Joseph School District is represented through the students’ attendance at many of its schools across the city.

One of the students, Brooklyn Coats-Moppin, showed her elation during the drums’ delivery.

“It’s going to help out a lot,” she said. “We can walk with them. We get to learn how to use actual drums.”

There’s already hope by officials to have the unit ready to go and march in the 2020 Apple Blossom Parade. 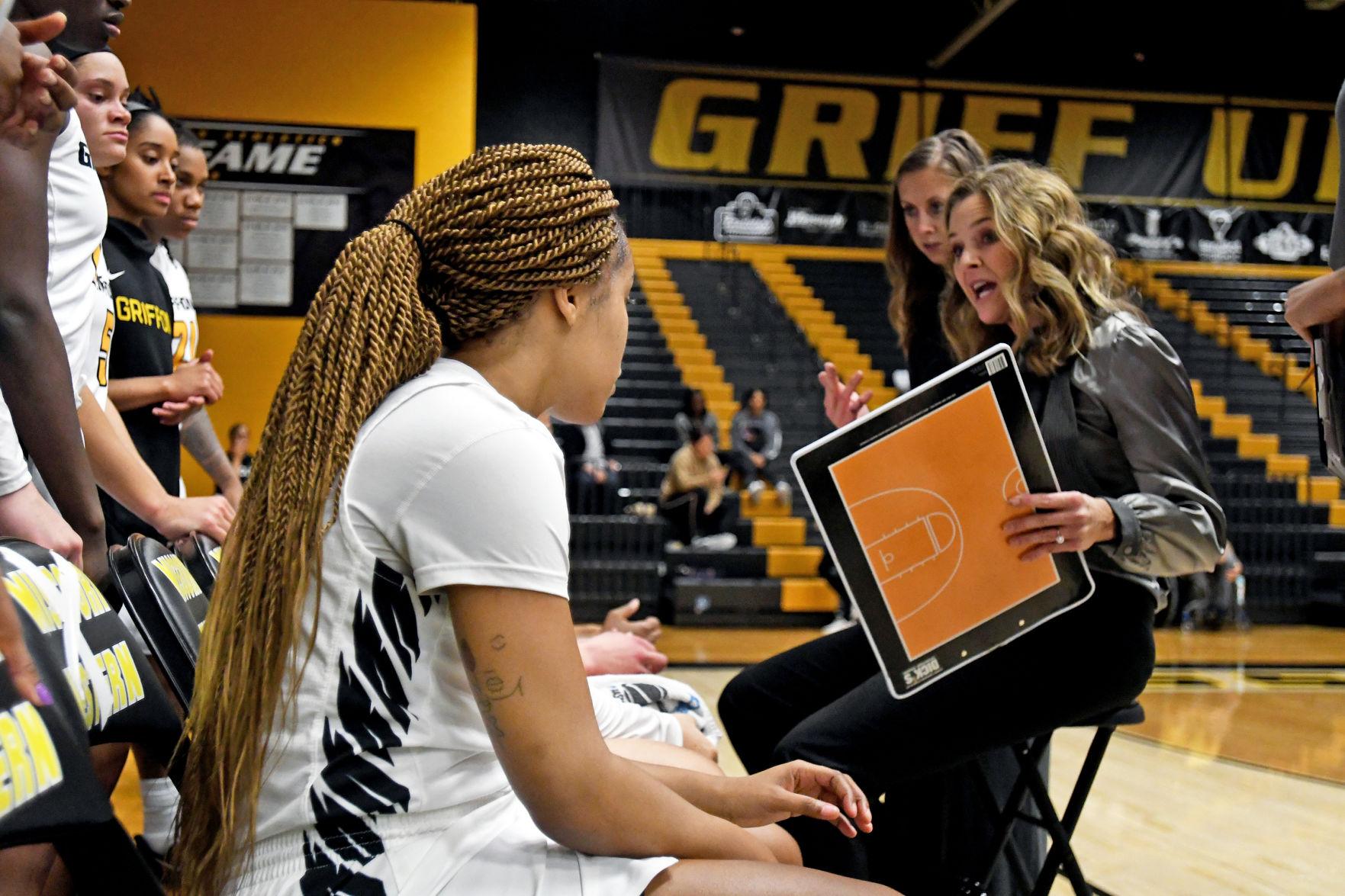 Some of the first cars make their way through the annual holiday lighting display Friday night at Krug Park.

For the 39th consecutive year, Krug Park was turned into a Christmas paradise, complete with roughly 200,000 lights Friday night.

“A lot of us will come up and actually work the collections booth at the end of the drive,” Atkins said. “And that’s always fun, because after decorating the park for almost two months, you get to stand down here and talk to people as they’re coming through the park. And they’re telling you how much fun they’re having, how much they love the lights.”

Atkins said the lighting ceremony started small, with a few decorations on the outskirts of Krug Park. He said the event is organized by the Optimist Club, and that the proceeds from donations go towards funding the event the next year.

“They got volunteers the first couple of years,” Atkins said. “The electrical union did a lot of the electrical work that we’re still using today.”

St. Joseph Mayor Bill McMurray flipped the switch, lighting the displays all throughout the park just before 6 p.m. Cars had already lined the park’s driveway.

Some of the displays included “Santa’s House,” a color changing waterfall and a flashing lights in a tunnel.

“What’s most important isn’t that people understand it’s held in a city park, but that it’s really the community’s holiday lighting display,” Atkins said. “It’s their Christmas lights; It’s their Christmas display; It’s built with their money. And — you know — hopefully they get a little sense of ownership, knowing that everything up here is because of their community.”

The event runs through January 1, with the park open from 6 p.m. to 10 p.m., weather permitting.

Hyde Park also received a makeover Friday, when it was turned into the “South Pole” at 7 p.m. 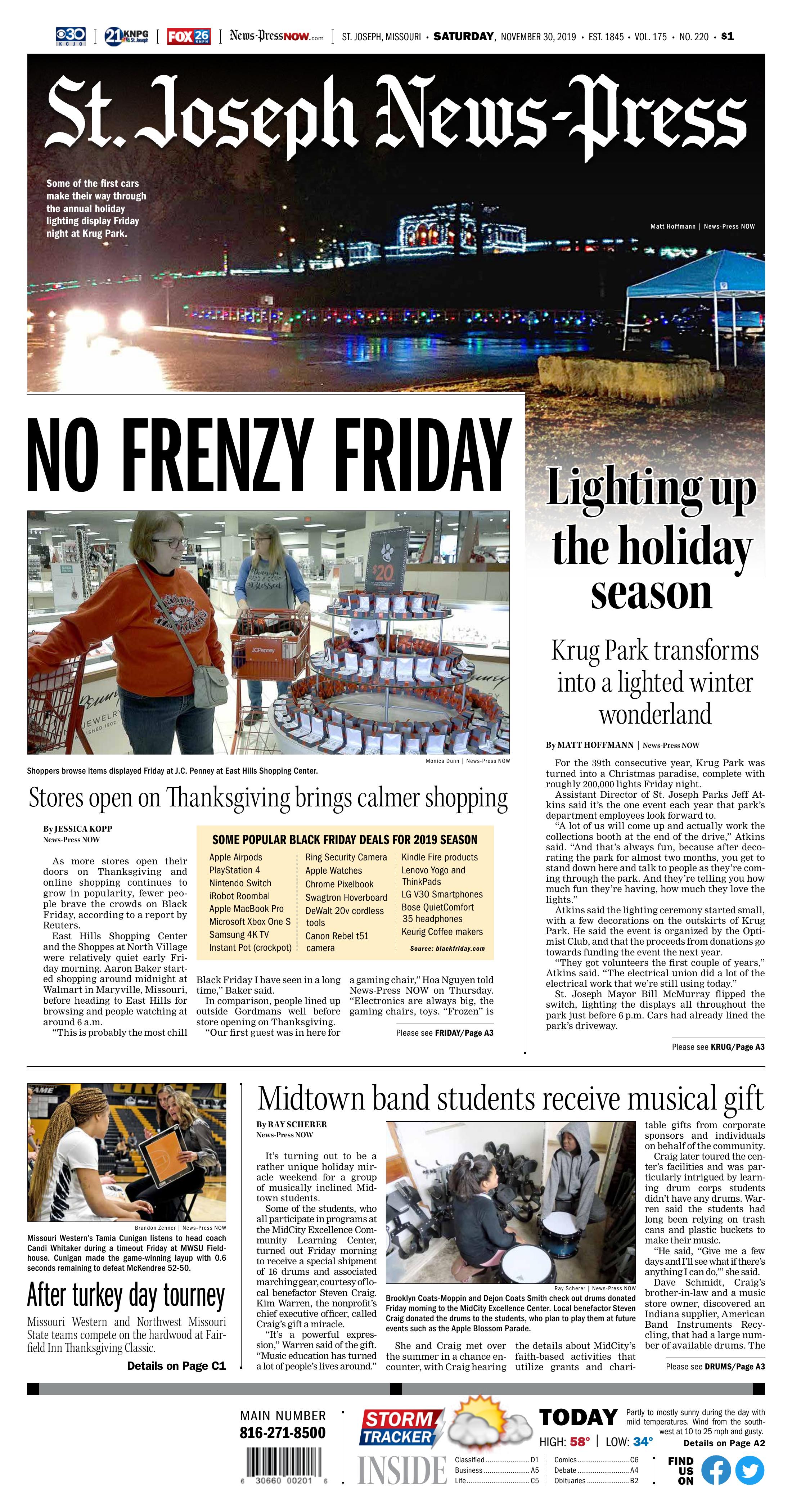