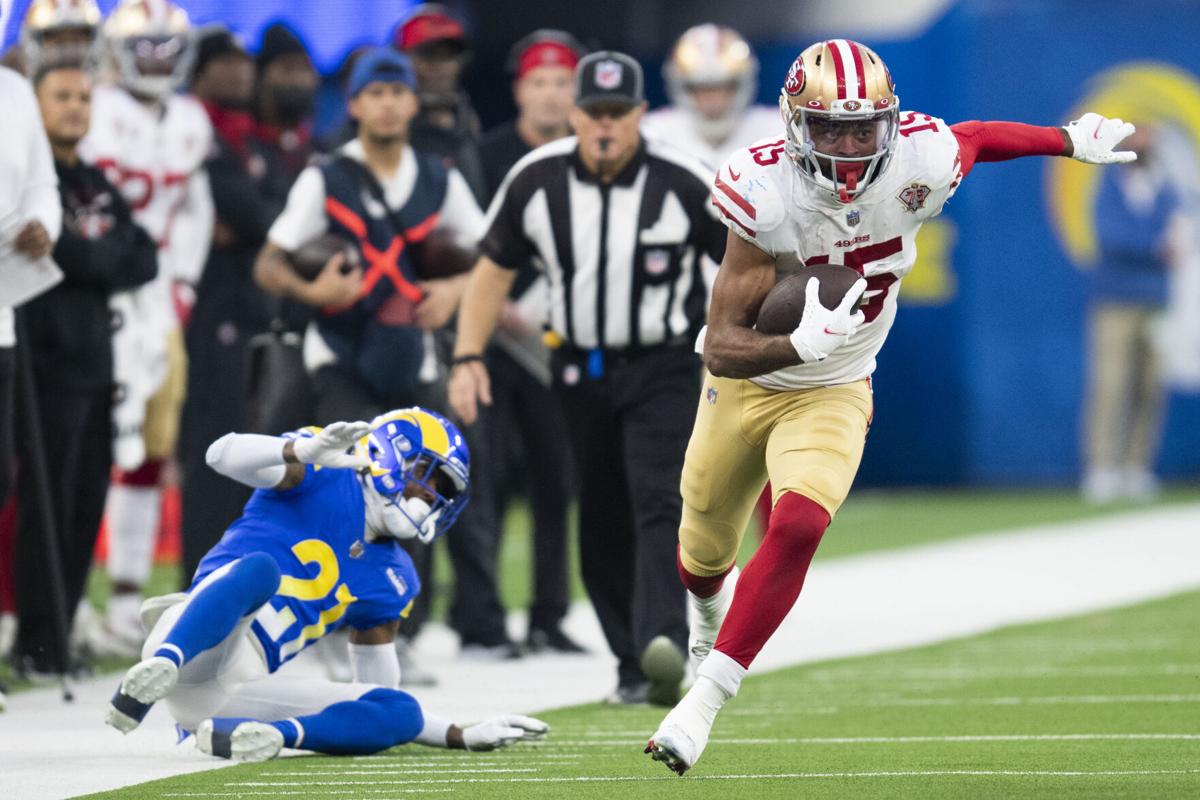 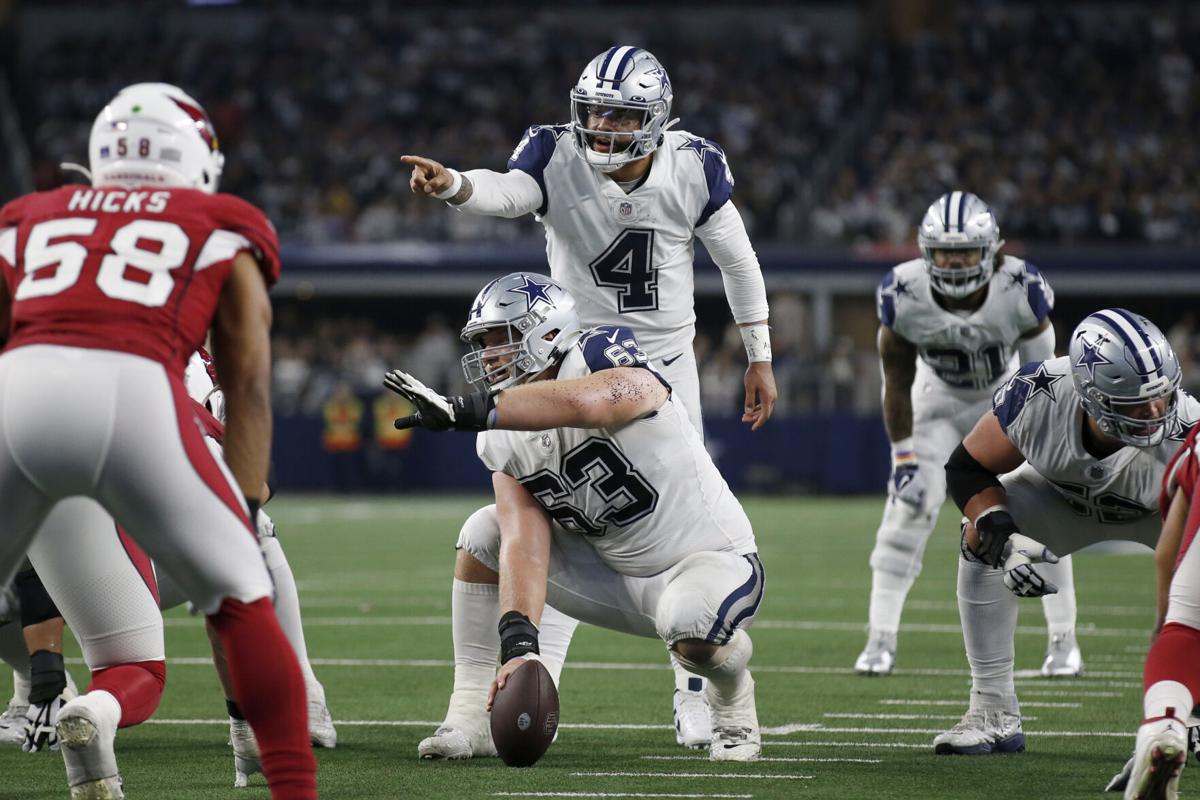 Dallas Cowboys quarterback Dak Prescott and center Tyler Biadasz signal before the snap during the second half against the Arizona Cardinals on Jan. 2 in Arlington, Texas.

Dallas Cowboys quarterback Dak Prescott and center Tyler Biadasz signal before the snap during the second half against the Arizona Cardinals on Jan. 2 in Arlington, Texas.

ARLINGTON, Texas — Old playoff foes Dallas and San Francisco haven’t met in the postseason since the last of three consecutive NFC championship games in the 1990s.

The wild-card meeting Sunday is the first step toward a Super Bowl instead of the last, with Dak Prescott and the Cowboys (12-5) trying to get that far in the playoffs for the first time since the year after their rivalry with the 49ers was the biggest thing going in the NFL.

Prescott was the starter from the beginning of his rookie season in 2016, leading Dallas to the top seed in the NFC before a loss in his playoff debut at home to Green Bay. Now he’s the $40 million-a-year quarterback trying to get the storied franchise’s long-awaited run going in his third trip to the postseason.

“I don’t necessarily know why people have labeled the word ‘pressure’ as such a bad thing honestly,” Prescott said. “I think it creates high expectations and high standards, and they usually create high results.”

Jimmy Garoppolo and the visiting 49ers (10-7) are two years removed from losing to Kansas City in the Super Bowl. They needed a tense victory at the Los Angeles Rams in the finale to qualify for the playoffs while the Cowboys cruised late in the season as NFC East champs.

“We know we have a chance to do something special and it’s just you don’t get that opportunity every year,” said Garoppolo, who was Tom Brady’s backup for two of New England’s Super Bowl titles before getting his start against Patrick Mahomes when the Chiefs rallied in the fourth quarter for a 31-20 victory.

The Cowboys led the NFL in points and yards, but pockets of inconsistency led to about a month of chatter over whether Prescott was in a slump. Receivers Amari Cooper and CeeDee Lamb have shown flashes of dominating games, but each disappeared at times.

Ezekiel Elliott battled a knee injury most of the season and hasn’t had a 100-yard rushing game since Week 5. The two-time rushing champion appears to be getting healthy at the right time. Now’s the time for the Cowboys, in the playoffs for the first time since 2018, to put it all together on offense.

A 'sign of the times' at the grocery store