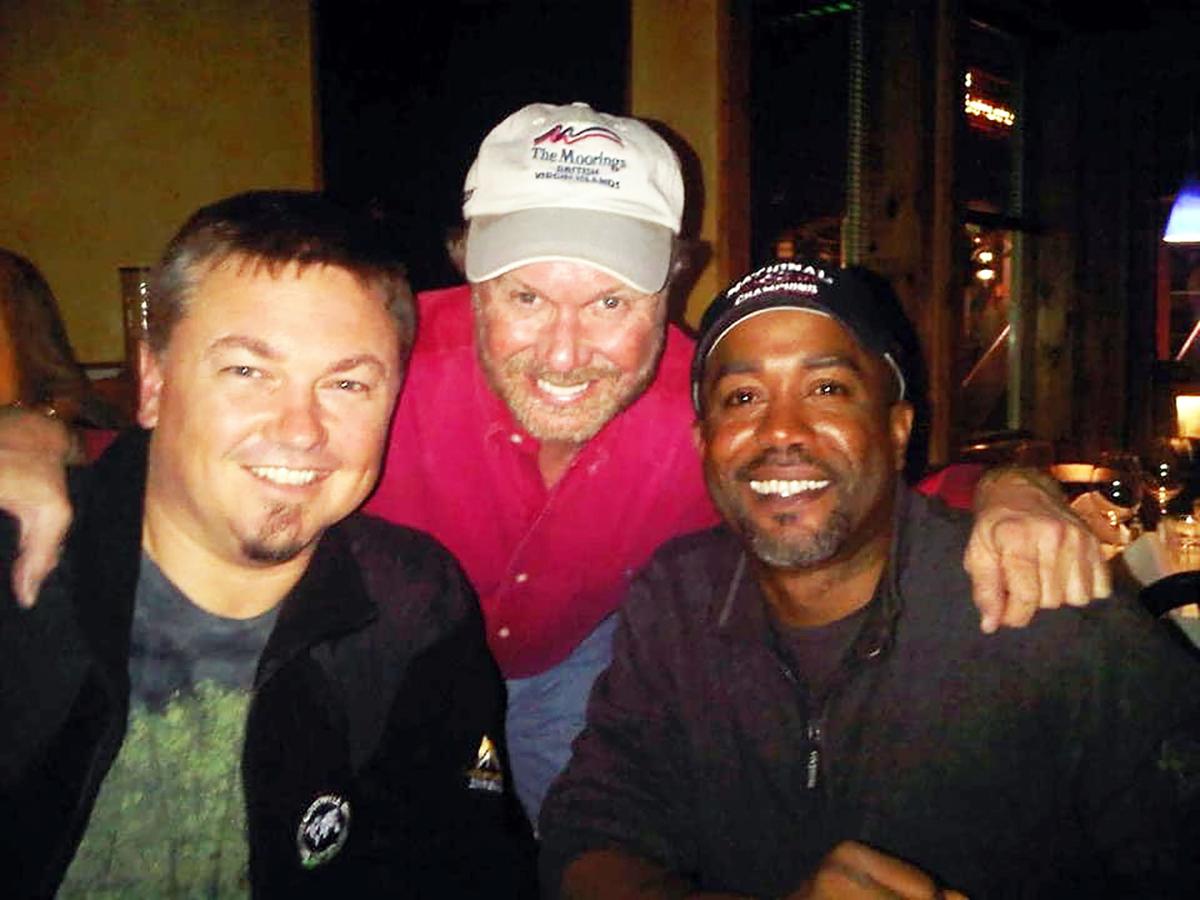 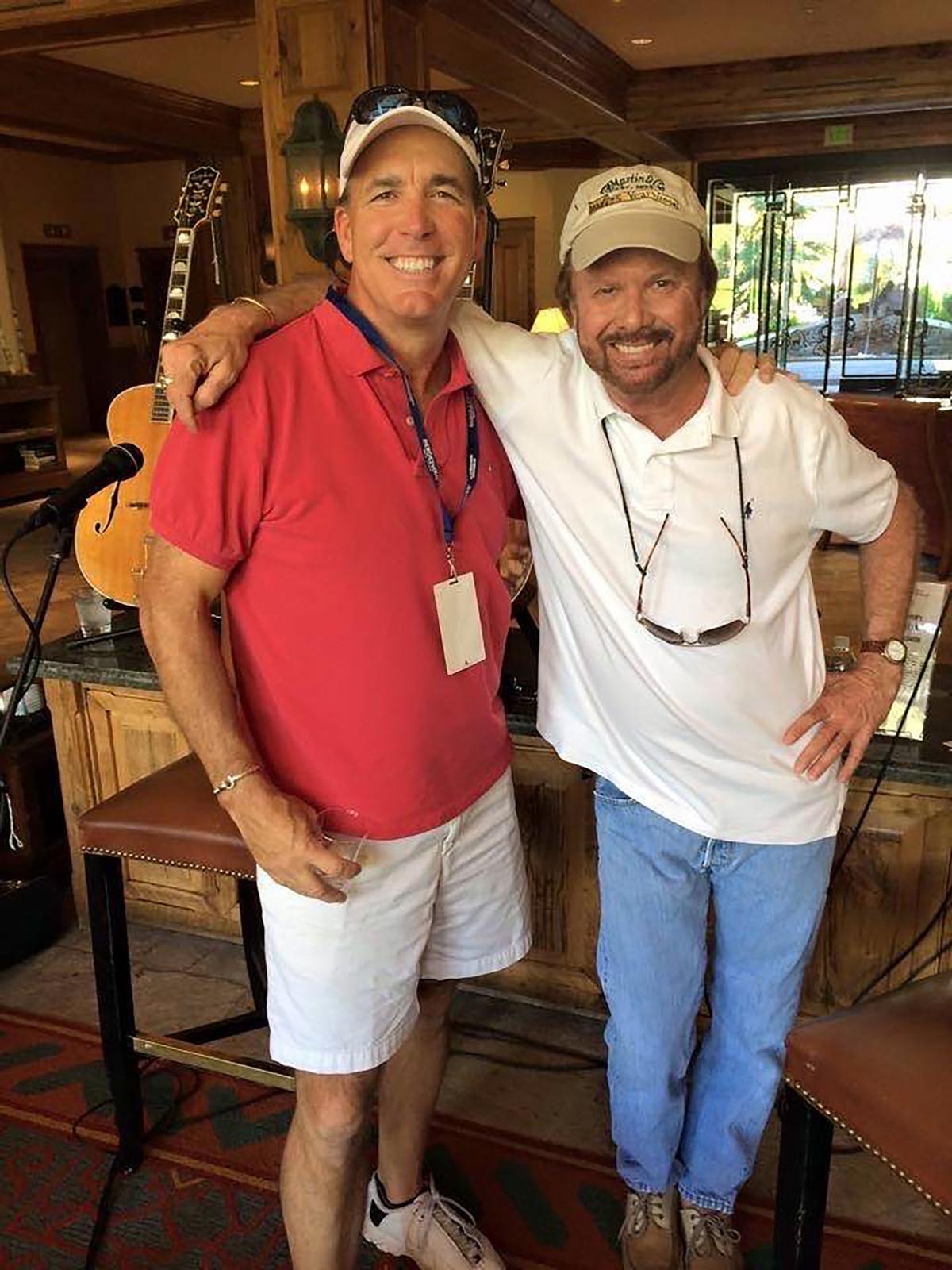 Rod Powell, right, stands beside his best friend and fellow entertainer Shannon Tanner in Beaver Creek, Colorado. Powell, a native of St. Joseph, died on March 21 in Colorado of the coronavirus.

Rod Powell, right, stands beside his best friend and fellow entertainer Shannon Tanner in Beaver Creek, Colorado. Powell, a native of St. Joseph, died on March 21 in Colorado of the coronavirus.

To understand the appeal of Rod Powell, it helps to know he would ask Atticus Finch for a favor on Christmas Eve.

Powell had become one of the most familiar faces in Vail, Colorado, a popular singer and musician at the Hotel Gasthof Gramshammer in the ski village there.

In that town on that day, he encountered Gregory Peck, the iconic movie actor known best for “To Kill a Mockingbird.” Powell approached him with a simple request: Would you call my parents back in St. Joseph?

“Gregory Peck called my mom and dad on Christmas Eve,” Nancy Powell Wilson, Rod’s sister, recalled. “My dad was like, ‘Yeah, you’re really Gregory Peck.’ He said, ‘No, I really am.’”

Rod Powell lived that kind of life. The 1973 Central High School graduate traveled the world with his music, performing in Europe at sea on cruise ships and for periods in the Virgin Islands.

He performed several Dan Fogelberg songs in his sets. One night, Fogelberg emerged from Powell’s audience and snatched a $20 bill from his tip jar. “If you’re taking my songs, I’m taking your tips,” he said, good-naturedly.

These memories come back now to Wilson, a St. Joseph resident. Powell died Saturday, March 21, at age 64. He succumbed to the coronavirus.

“I just lost my only living relative,” Wilson said. “He got that disease. Gone.”

Wilson recounted what would be her last conversation with her brother a couple of weeks before his death.

“He said, ‘I don’t feel very good. I can hardly breathe.’ This was before it really started hitting,” she remembered. “I said, you need to get down to the emergency room and see what’s going on.”

Her calls and texts later that day would go unanswered, rather unusual for her brother. Wilson would subsequently learn he had been taken from Vail to Presbyterian St. Luke’s Hospital in Denver and placed on a ventilator. He would not recover.

A devastating blow for Wilson, who lost her parents, Bob and Doris Powell, in the last decade, and her husband, Stephen, last year, Powell’s death sent shock waves through the Vail community, he had lived and entertained since the early 1980s.

Most locals had seen him taking part in the 35th annual Tuxedo Party on Vail Mountain on March 6. They also had known Powell as a longtime fundraiser and advocate for the Colorado Make-A-Wish Foundation.

“There is a hole in the world today,” Shannon Tanner, a friend and fellow Vail musician, told the Vail Daily.

Edwin McCain, the touring musician who often crashed with Powell when visiting Vail, wrote on his Twitter account, “Rod was one of a kind and a big part of my musical journey. I will miss you big brother.”

Powell had visited St. Joseph for three days in December, going to church with his sister at Wyatt Park Christian. Wilson said she is saddened by the thought of going through life without her younger brother.

“He had a lot of experiences most people don’t get to have,” she said. “He was a wonderful brother and he was so talented.”