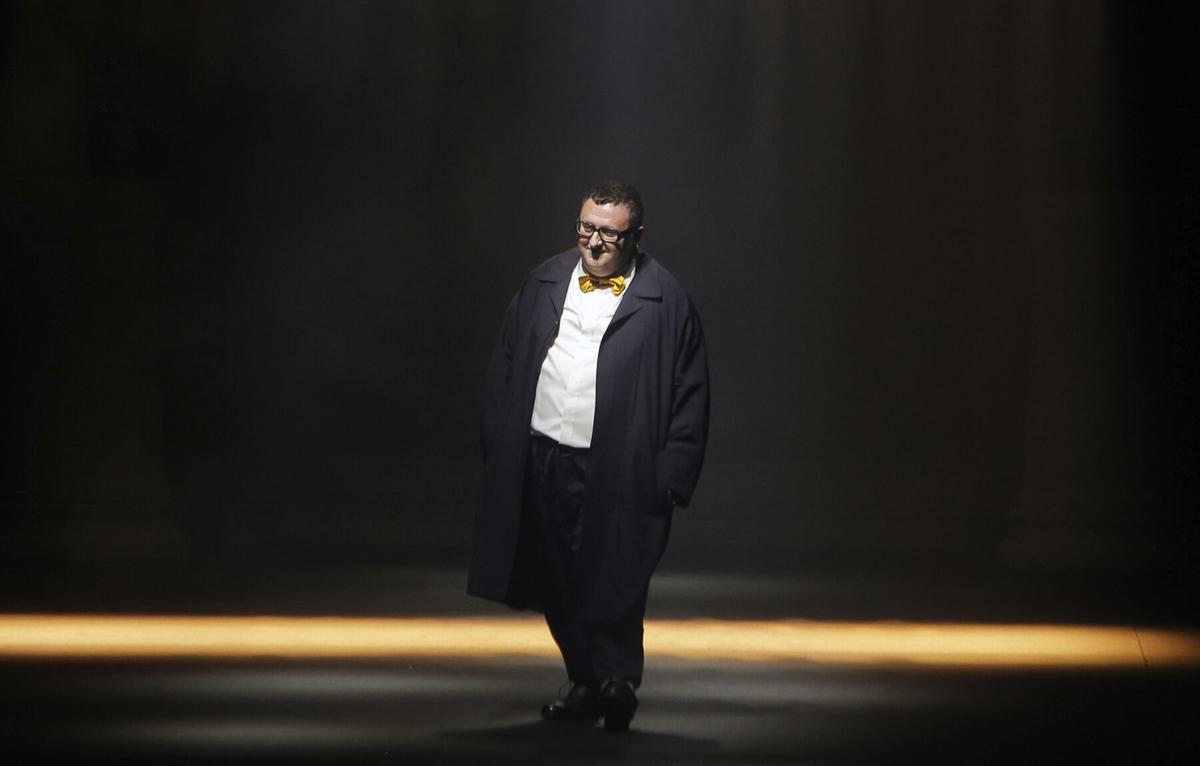 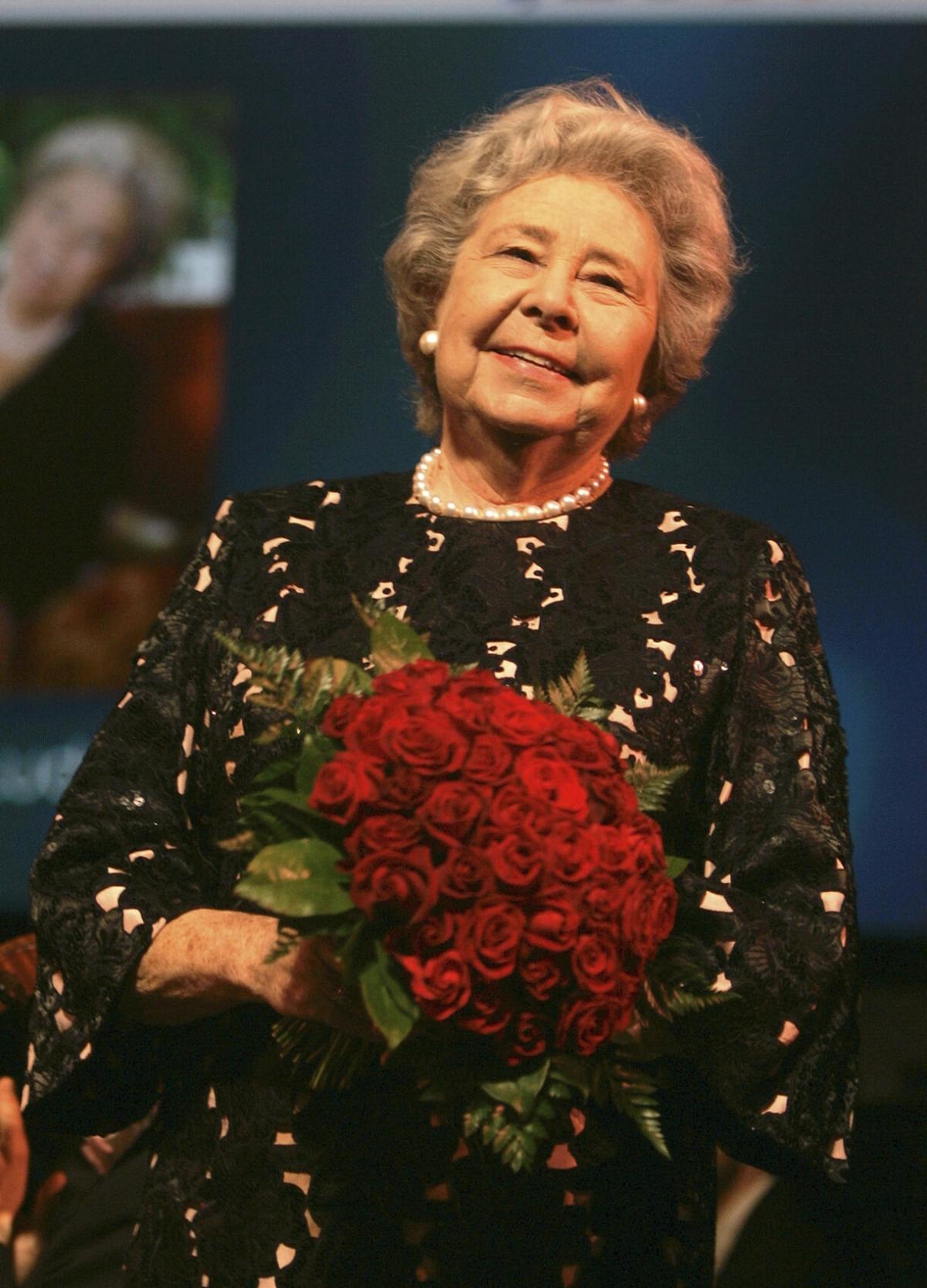 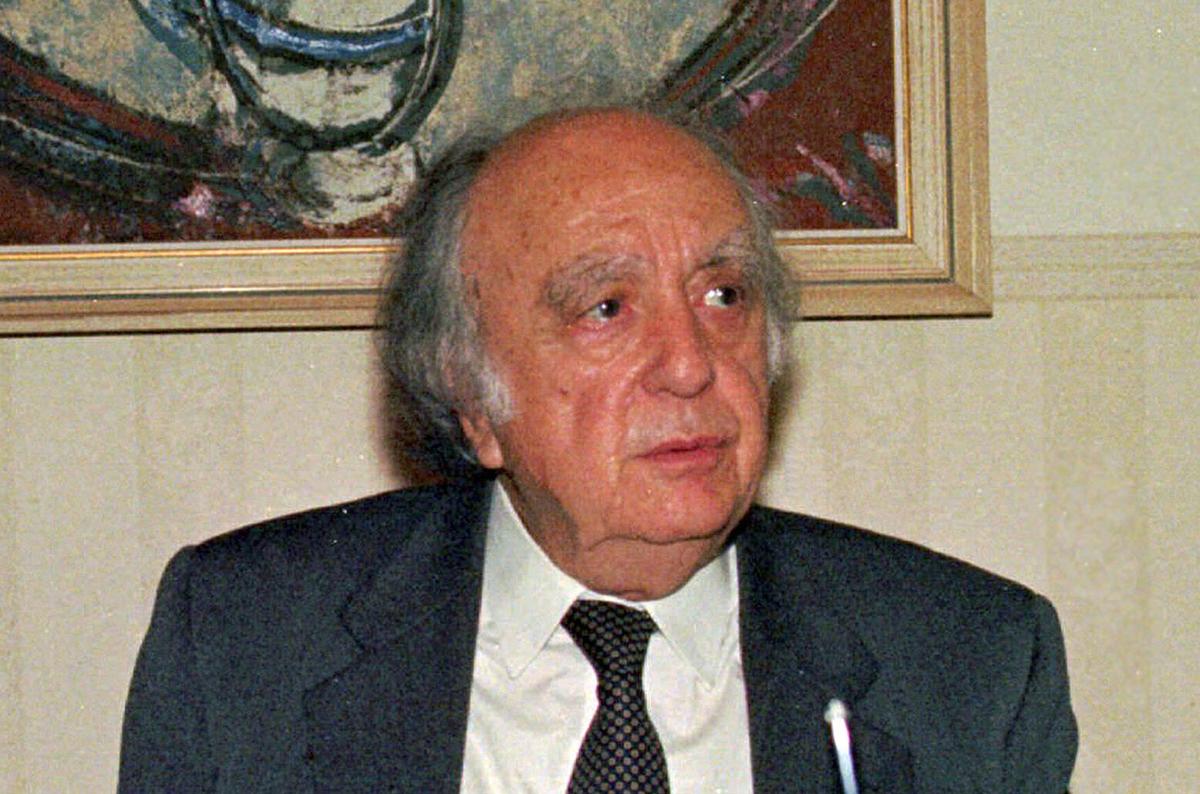 In this Feb. 8, 1998 photo, presidential candidate Vassos Lyssarides monitors results of the first round of the elections at his campaign headquarters in Nicosia. 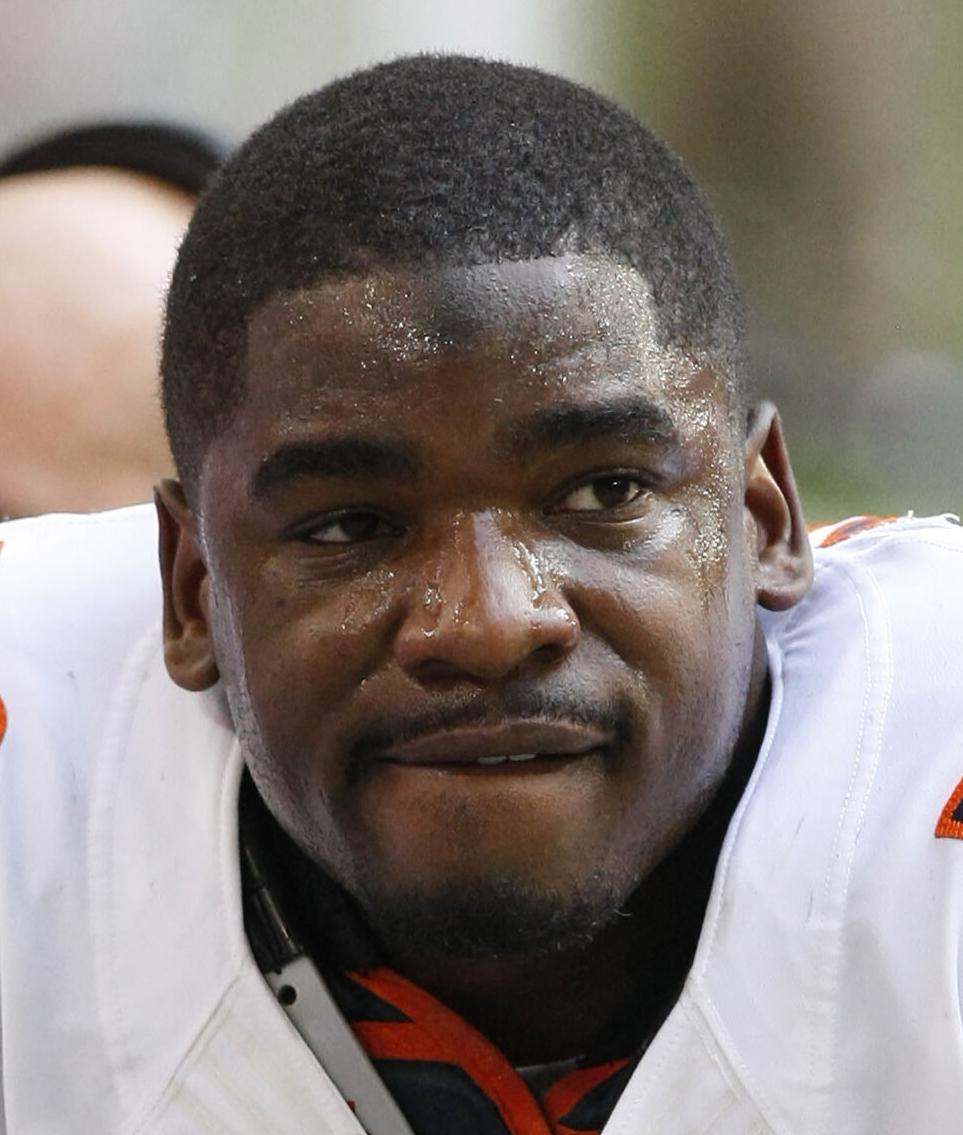 Geno Hayes watches from the sidelines during a game in 2012 in Arizona. 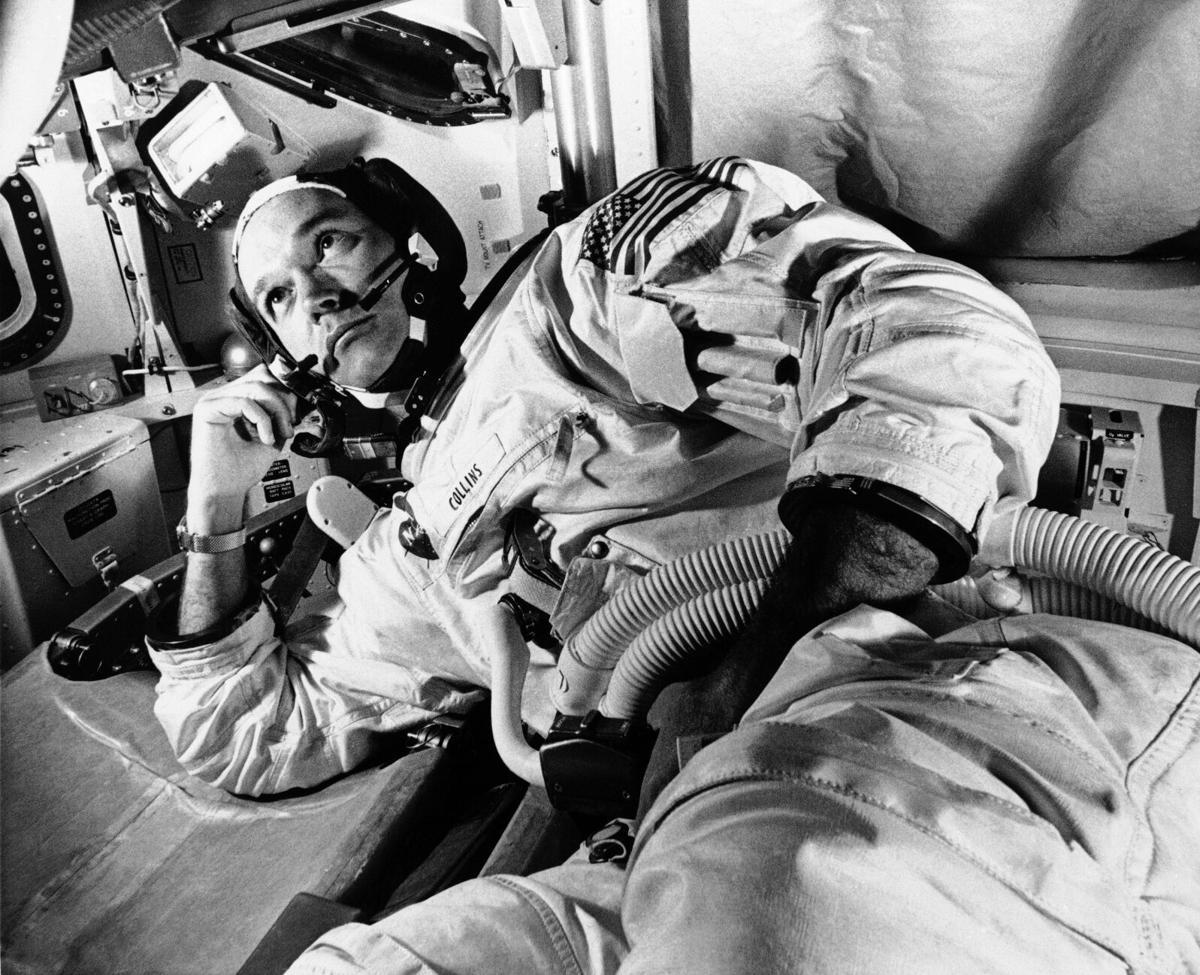 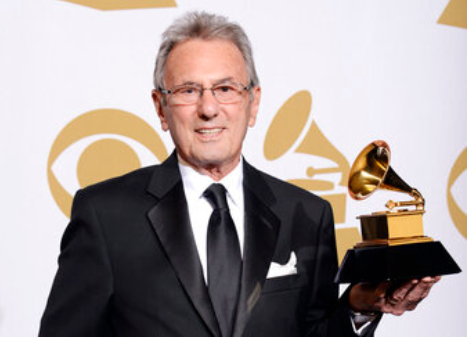 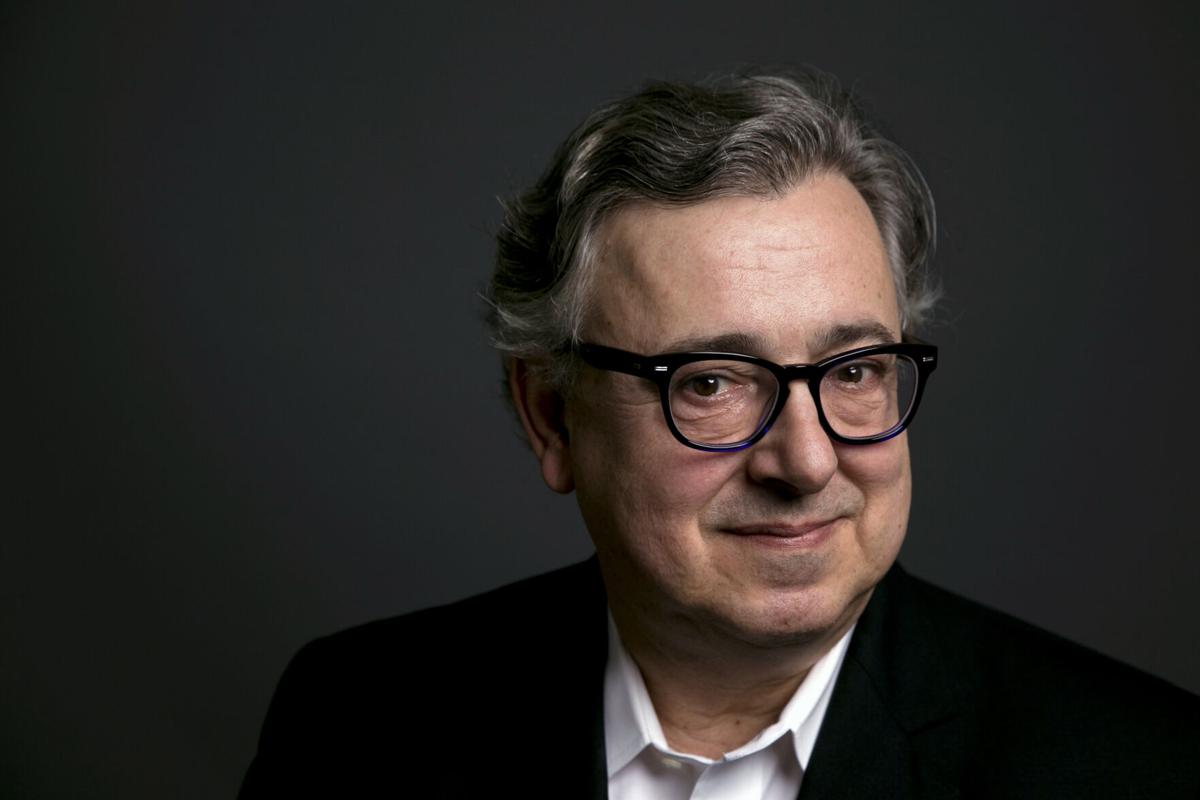 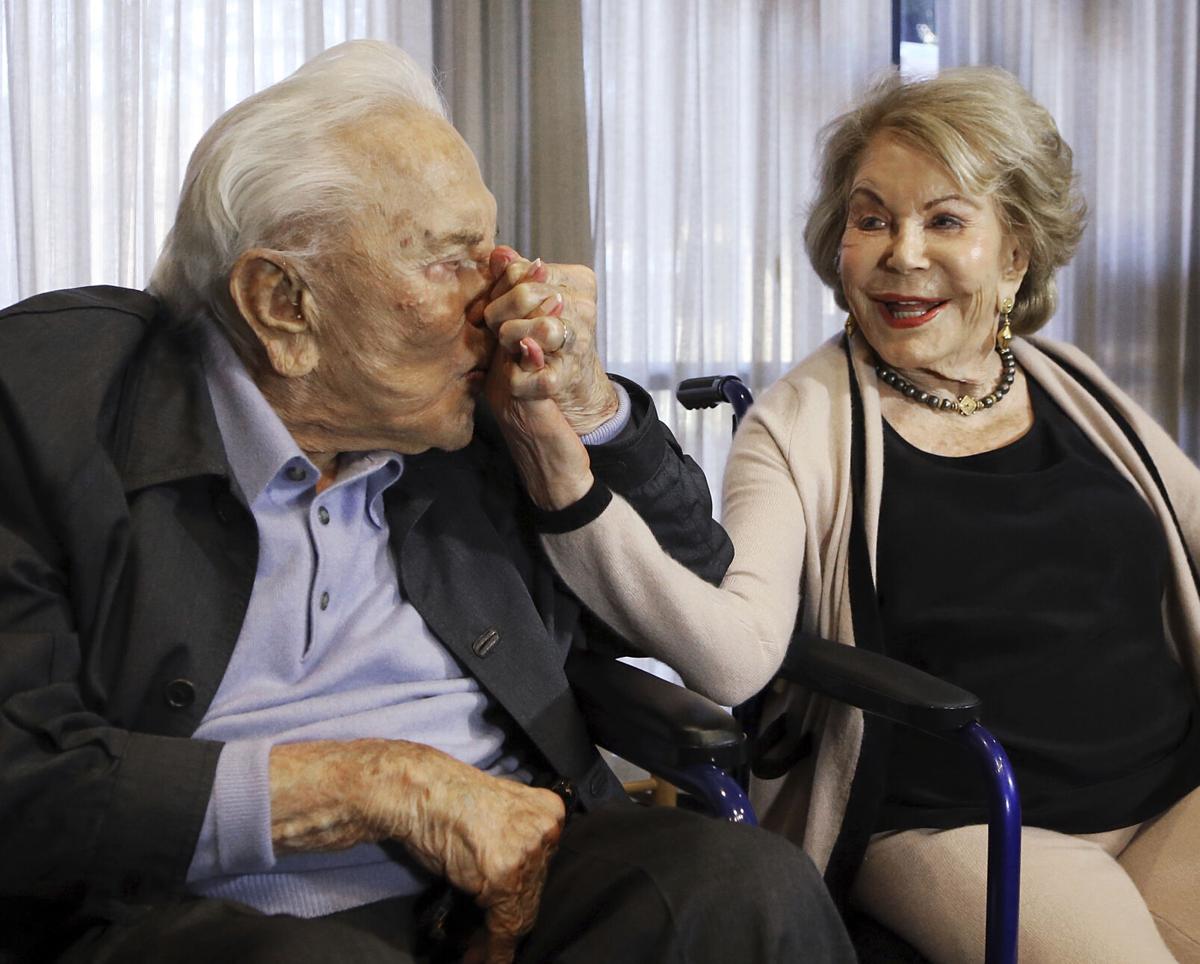 In this May 4, 2017 photo, Kirk Douglas kisses his wife Anne's hand, in Los Angeles during a party celebrating his 100th birthday.

In this Feb. 8, 1998 photo, presidential candidate Vassos Lyssarides monitors results of the first round of the elections at his campaign headquarters in Nicosia.

Geno Hayes watches from the sidelines during a game in 2012 in Arizona.

In this May 4, 2017 photo, Kirk Douglas kisses his wife Anne's hand, in Los Angeles during a party celebrating his 100th birthday.

Adrian Garrett, who spent eight seasons in the major leagues and then went on to a coaching career, has died. He was 78.

A catcher and an outfielder, Adrian Garrett was born in Brooksville, Florida, and is a graduate of Sarasota High School. He signed with the Milwaukee Braves in 1961 and made his debut with the Atlanta Braves on April 13, 1966.

A spokesperson for Richemont told CNN that Elbaz died Saturday from COVID-19. Women’s Wear Daily said he died at a Paris hospital.

Christa Ludwig, a renowned interpreter of Wagner, Mozart and Strauss who starred on the world’s great stages for four decades, died at her home in Klosterneuburg, Austria. She was 93.

Her death was announced Sunday by the Vienna State Opera, which said she died Saturday.

A mezzo-soprano who also succeeded in soprano roles, Ludwig made her Vienna State Opera debut as Cherubino in Mozart’s “Le Nozze di Figaro” on April 14, 1955, when the company was temporarily in the Redoutensaele. She was heard in the rebuilt opera house for the first time that Dec. 26 as Octavian in Strauss’ “Der Rosenkavalier.”

HENDERSON, Nev. | Mike Davis, the former Raiders defensive back who made one of the most memorable interceptions in team history, has died. He was 65.

The Raiders announced Davis’ death Sunday. The team gave no details on the cause of death.

The former Colorado star was a second-round pick by the Raiders in 1977 and will always be remembered for his interception at the end of a playoff win at Cleveland on Jan. 4, 1981.

SYDNEY | John Konrads, who set 26 individual freestyle swimming world records and won an Olympic gold medal in 1960, has died, the Sport Australia Hall of Fame announced Monday. He was 78.

Konrads was born in Latvia in 1942 and moved to Australia with his parents, his two sisters and a grandmother in 1949.

At the age of 14, Konrads was a reserve for Australia’s Olympic swim team at the 1956 Melbourne Games.

Australian Olympic Committee president John Coates said the “Konrads Kids” were a story of opportunity meeting talent and determination. Coates said Konrads remained involved in the Olympic movement, contributing to Sydney’s successful bid for the 2000 Games, “enjoyed considerable success in the business world, inspired other Olympians to think about life after sport and was prominent in raising awareness of bipolar disorder, an affliction he suffered.”

NICOSIA, Cyprus | Vassos Lyssarides, one of Cyprus’ most respected politicians who was active in the ethnically divided island’s politics since its 1960 independence from British colonial rule and was involved in the global socialist movement, died on Monday. He was 100.

In a post on his official Twitter account, Cyprus President Nicos Anastasiades said the country lost “one of its historic leaders who helped shape (its) identity.”

Geno Hayes, a former NFL linebacker who starred at Florida State, has died. He was 33.

The Tampa Bay Buccaneers confirmed his death Tuesday. He had liver disease and had been in hospice care at his parents’ home in Valdosta, Georgia.

In an interview with ESPN this year, Hayes said he was diagnosed with chronic liver disease two years ago and had been placed on a waiting list for a transplant at the Mayo Clinic and Northwestern Medicine.

He is survived by his parents and two children, ages 8 and 13.

Miroslav Frycer, who defected from Czechoslovakia and spent most of his eight seasons in the NHL with the Toronto Maple Leafs, has died. He was 61.

He died after an unspecified brief illness, the Czech league team Orli Znojmo said on its website Tuesday. Frycer had been the team’s coach since 2018.

Frycer had overcome health problems in the past. He chronicled his recovery from a liver transplant in his autobiography, “My Wild Hockey Life.”

He remains among the team’s career top 50-point scorers. Frycer had 147 goals and 183 assists in 330 NHL games. After his NHL career, he played two seasons in Germany and another in Italy.

Apollo 11 astronaut Michael Collins, who orbited the moon alone while Neil Armstrong and Buzz Aldrin made their historic first steps on the lunar surface, died Wednesday of cancer. He was 90.

Collins died of cancer in Naples, Florida. “Mike always faced the challenges of life with grace and humility, and faced this, his final challenge, in the same way,” his family said in a statement.

Collins was part of the three-man Apollo 11 crew that in 1969 effectively ended the space race between the United States and Russia and fulfilled President John F. Kennedy’s challenge to reach the moon by the end of the 1960s.

He won his first Grammy in 1963, then collected 19 more competitive awards and the honorary Recording Academy Trustees Award, in 2006. Schmitt worked on more than 150 gold records, in a wide range of styles. He engineered Henry Mancini’s “Moon River” and Sam Cooke’s “Another Saturday Night,” Steely Dan’s “Aja” and Madonna’s “This Used to be My Playground.” He engineered Natalie Cole’s blockbuster “Unforgettable” album and Barbra Streisand’s “The Way We Were.” He produced “Volunteers” and several other Jefferson Airplane albums, helped produce Neil Young’s “On the Beach” and more recently Dylan’s “Shadows in the Night” and Paul McCartney’s “Kisses on the Bottom.”

NEW YORK | Twenty-time Grammy winner Al Schmitt, whose extraordinary career as a recording engineer and producer included albums by Bob Dylan, Ray Charles, Frank Sinatra and many other of the top performers of the past 60 years, has died at age 91.

Schmitt’s family announced on Facebook that he died Monday, without identifying a specific cause. Schmitt lived in the Los Angeles area. A relative, who did not want to be identified, confirmed Schmitt’s death to The Associated Press.

He won his first Grammy in 1963, then collected 19 more competitive awards and the honorary Recording Academy Trustees Award, in 2006. Schmitt worked on more than 150 gold records, in a wide range of styles. He engineered Henry Mancini’s “Moon River” and Sam Cooke’s “Another Saturday Night,” Steely Dan’s “Aja” and Madonna’s “This Used to be My Playground.” He engineered Natalie Cole’s blockbuster “Unforgettable” album and Barbra Streisand’s “The Way We Were.” He produced “Volunteers” and several other Jefferson Airplane albums, helped produce Neil Young’s “On the Beach” and more recently Dylan’s “Shadows in the Night” and Paul McCartney’s “Kisses on the Bottom.”

NEW YORK | Jason Matthews, an award-winning spy novelist who drew upon his long career in espionage and his admiration for John le Carre among others in crafting his popular “Red Sparrow” thrillers, has died at age 69.

Matthews worked 33 years in the CIA’s highly secretive Operations Directorate before retiring a decade ago and following the path of such authors as le Carre and Charles McCarry in fictionalizing their time in intelligence.

After retiring, Matthews settled in Rancho Mirage, California. He is survived by his wife and fellow intelligence veteran, Suzanne Moran Matthews, and their two daughters.

AMMAN, Jordan | Jordan’s Prince Mohammad bin Talal, the younger bother of the late King Hussein who served as his crown prince for 10 years, died on Thursday at the age of 80, the royal palace said.

The prince had held several senior positions in Jordan’s monarchy, including as personal representative to King Abdullah II, who succeeded Hussein after his death in 1999.

Prince Mohammad was born in the Jordanian capital of Amman on October 2, 1940. He is survived by his wife, Princess Taghrid, and two sons from a previous marriage. His funeral will be held on Friday.

CALGARY, Alberta | Byron “B.J.” Seaman, one of the founding owners of the Calgary Flames, has died. He was 97.

He died Saturday in Calgary, according to McInnis and Holloway Funeral Home in Calgary.

James and late brother Daryl “Doc” Seaman were co-owners of the NHL franchise for 30 years. They were among six Calgary men along with Nelson Skalbania who bought the Atlanta Flames and moved the club to Alberta in 1980.

BEVERLY HILLS, Calif. | Anne Douglas, the widow of Kirk Douglas and stepmother of Michael Douglas, died Thursday in California. She was 102.

Douglas died at her home in Beverly Hills, according to an obituary provided by spokeswoman Marcia Newberger. No cause of death was given.

The Douglas Foundation, which Anne and her husband co-founded, has donated millions to a wide range of institutions, from Children’s Hospital Los Angeles to the Motion Picture & Television Fund.